Add this one to your Easter menu… a Zambian-inspired Crispy Cassava Lavash Recipe for Lesson #18 in the Royal Chundu Homeschool!

A popular accompaniment in our lunches and dinners at Royal Chundu is a cassava lavash, a type of Zambian flatbread similar to Middle-Eastern lavash that uses cassava flour, which is gluten-free, and it’s what we’ll be teaching you how to make today in this Royal Chundu Homeschool Recipe!

Flatbreads are common around the world. Chapati, dosa, focaccia, injera, lavash, manakish, naan, paratha, pita, pizza, roti, tortilla… These flatbreads can be used in so many different ways and with different toppings and spreads, in curries or with soups and other dishes. Their recipe only really requires water, flour, and salt, but we like to add seasoning and oil. And rather than regular flour, we use cassava flour. 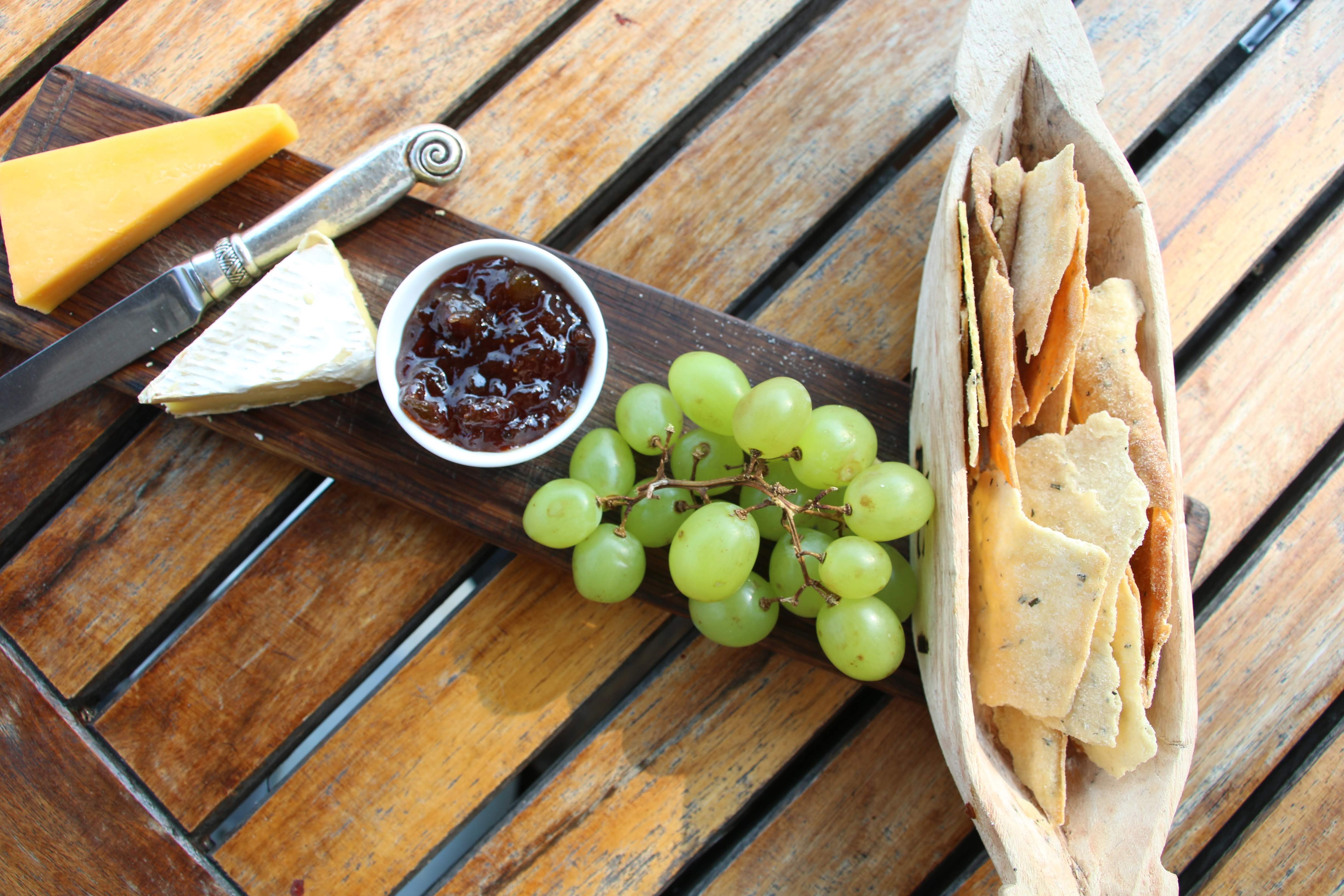 Cassava (Manihot esculenta Crantz) is considered to be the second most important food crop in Zambia, after maize, and is predominantly grown by smallscale farmers in Zambia – in Northern, Luapula, North-Western and Western provinces, and in parts of Lusaka and Central provinces. An estimated 30% of Zambians, over 4 million people, depend on cassava as a staple crop and as a source of income and consume cassava as part of their daily diet. (source)

Unlike most other crops, cassava is more flexible and forgiving!

Cassava can be planted and harvested year-round, as opposed to maize and cotton which have to be planted and harvested at precise times to avoid pest and weather damage. Cassava is the only food staple available for harvest at the beginning of the rainy season in December, January and February when vulnerable households typically face the most acute hunger. (source) 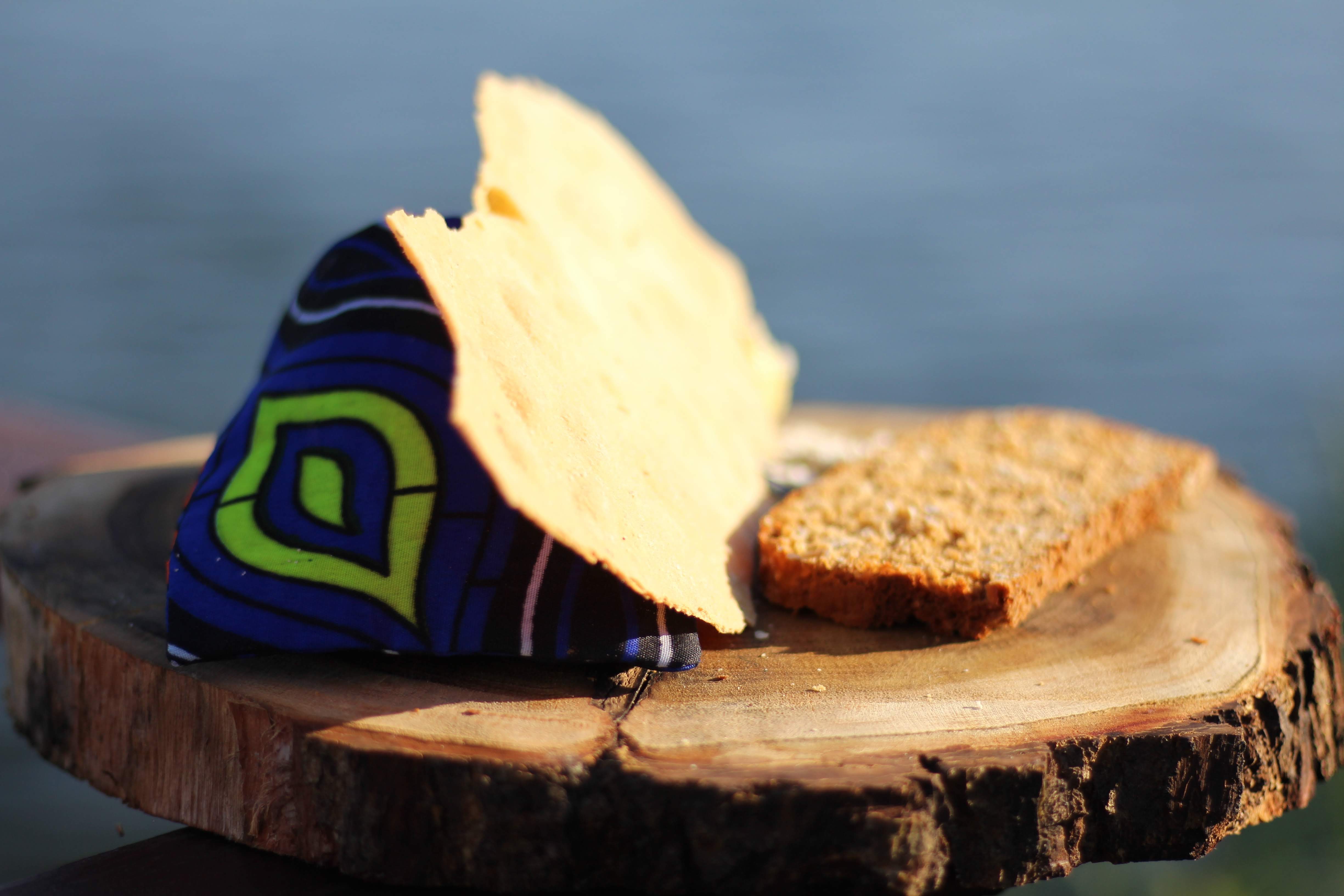 The cassava roots are a source of carbohydrates, while the leaves (called katapa) are also consumed as a vegetable and are a source of vitamins, fibre, minerals and proteins. Cassava is also used more and more for the production of starch, ethanol, beer and feed for livestock.

Cassava was introduced into Africa by Portuguese traders from Brazil in the 16th century and was initially adopted as a famine-reserve crop, according to the FAO. It is believed to have been introduced to Zambia via the Congo basin by the Bemba people.

But it isn’t immune to certain diseases, such as cassava mosaic disease (CMD), which is transmitted primarily by the vector whitefly (Bemisia tabaci) and is the most important threat to cassava production in Zambia. 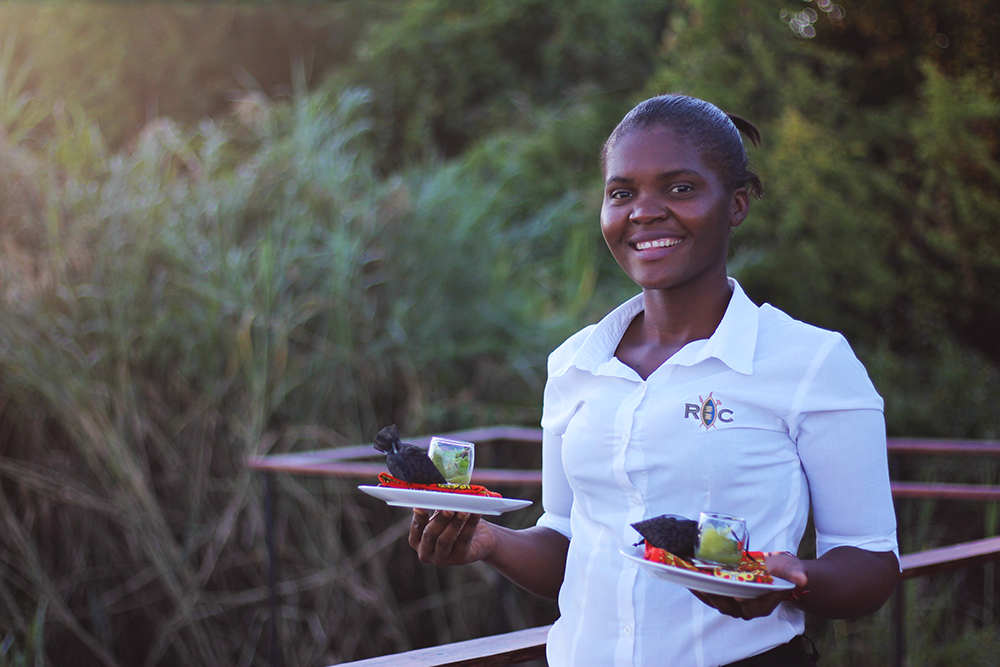 There are many different ways to make cassava lavash crackers but our choice here is both egg and gluten-free. You can add sesame seeds to the top or a touch of chili powder, as you wish… 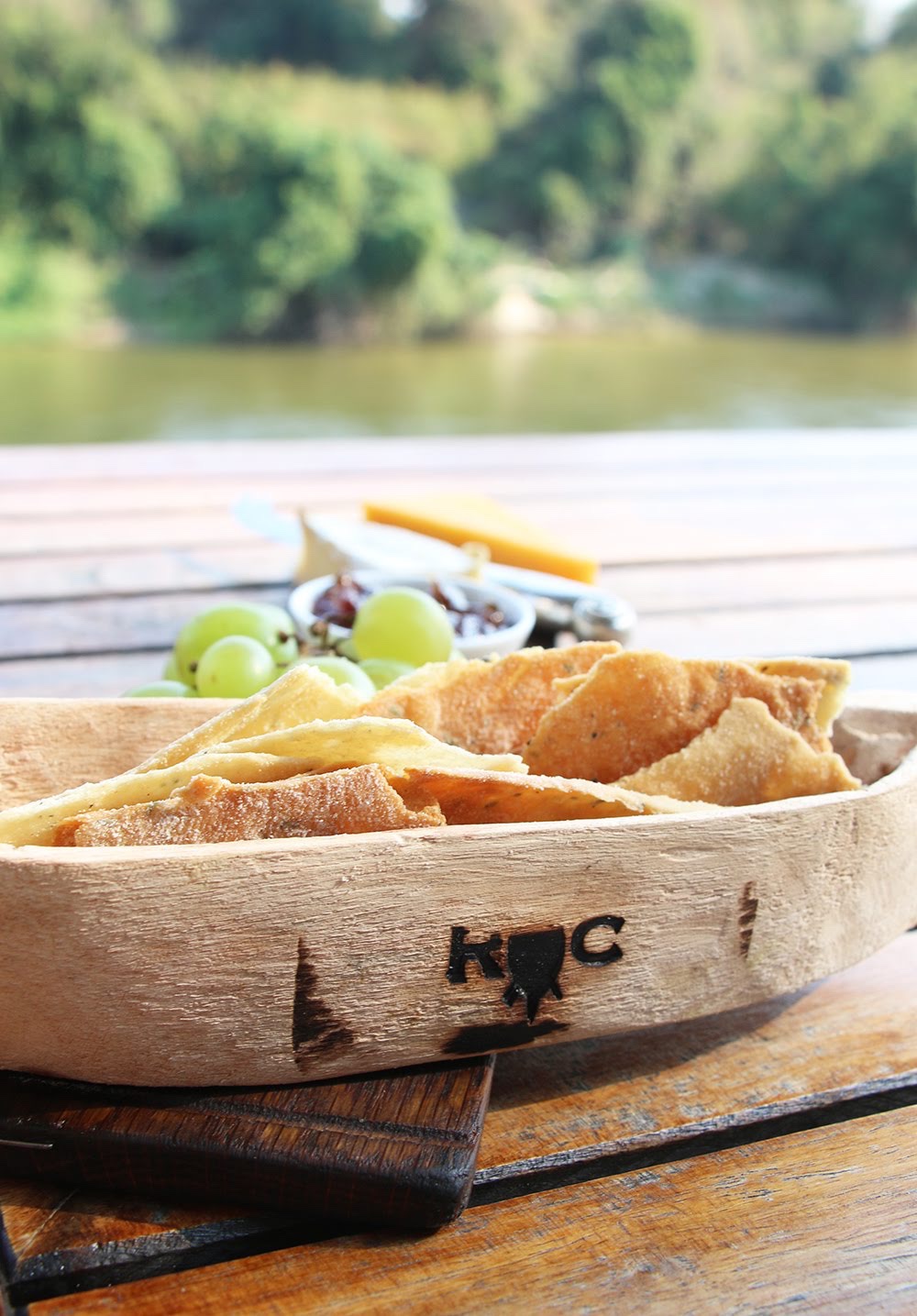 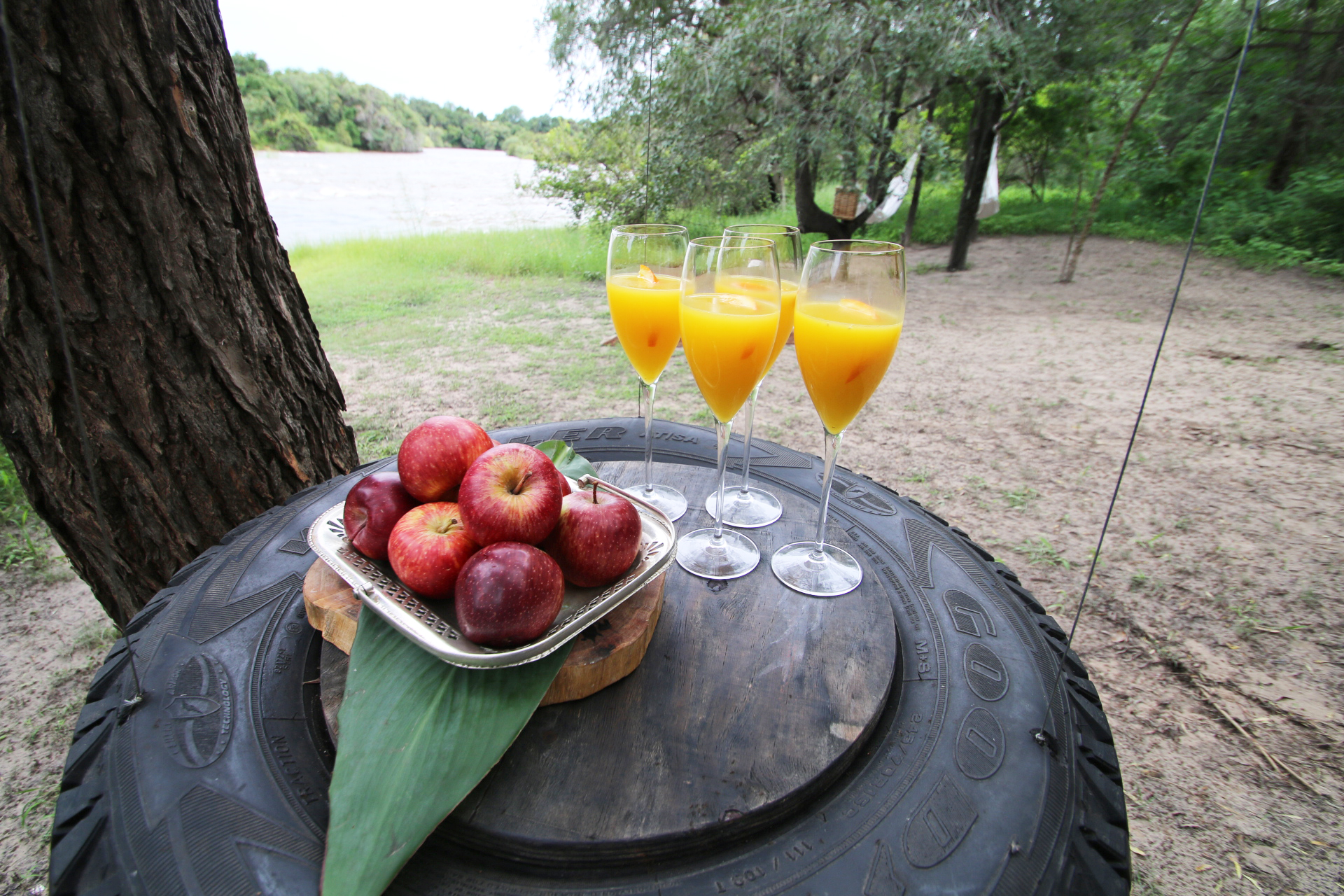 Breakfast Beside the River of Life 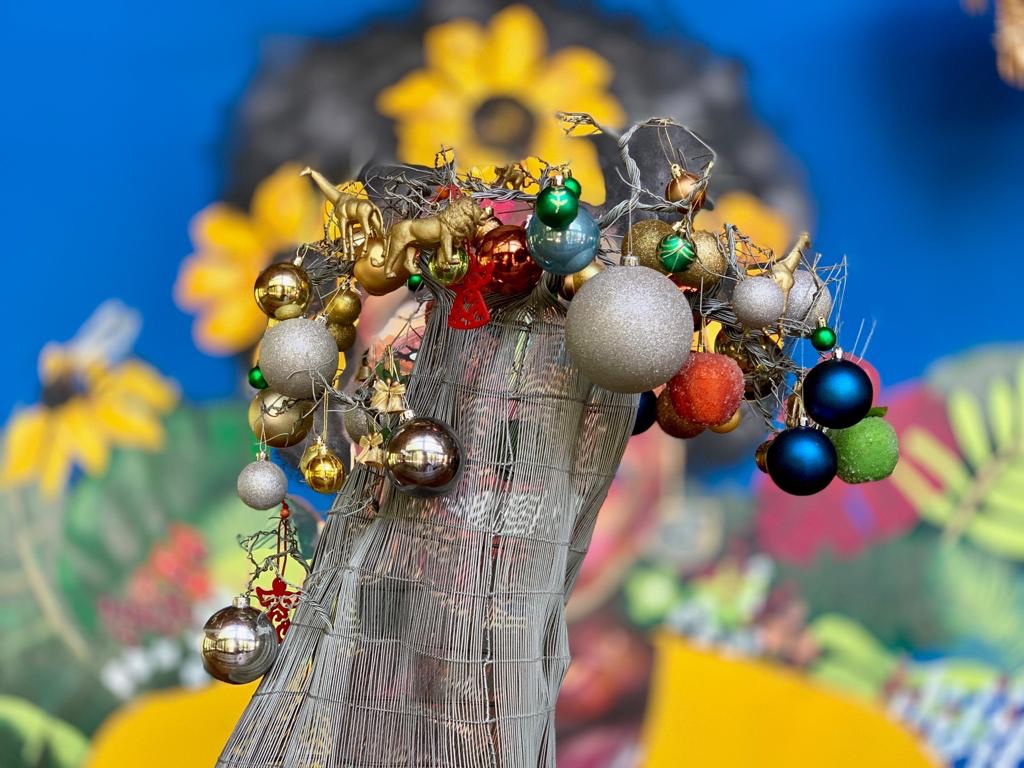 On Our Minds and Lips This Christmas…