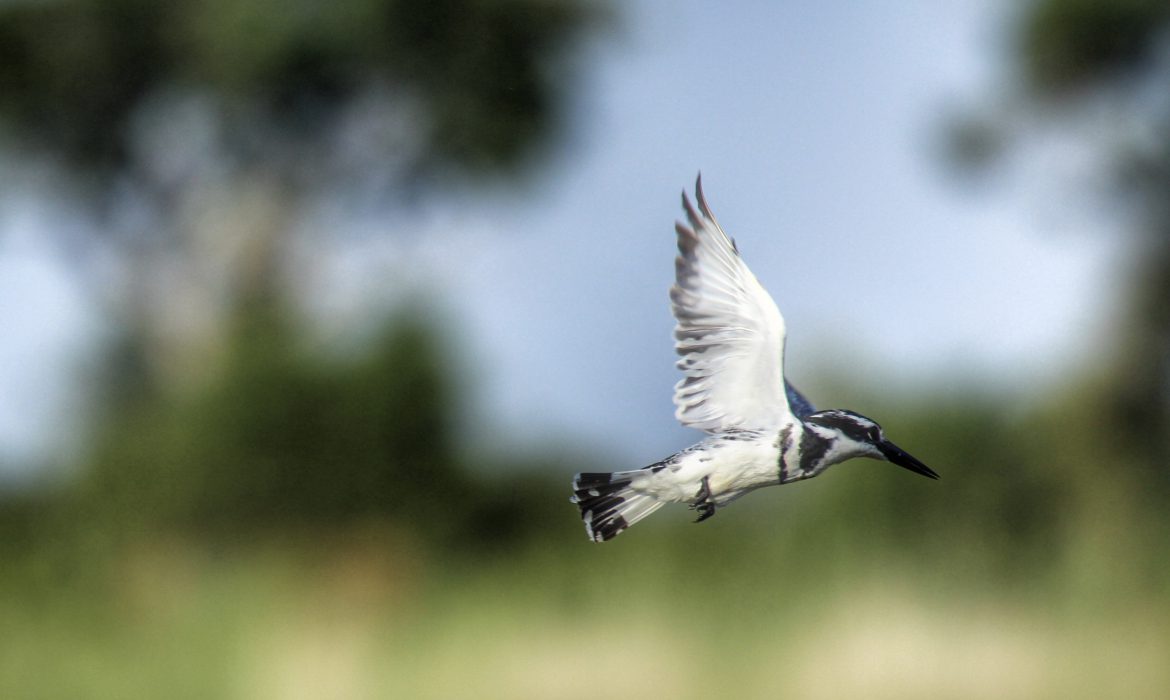 The Zambezi River is the home of many strange and awe-inspiring creatures. Some consider the flowing waters as their permanent residence and others only come to play. For some, it is an annual pilgrimage, for others a once in a lifetime experience. The flowing water, the sun-baked banks and the overhanging trees provide respite, a refuge. It sustains, replenishes and invigorates. If, however, you are a fish, things might not be so chilled.

There are 93 species of kingfisher worldwide and 12 in Zambia. They are divided into three major groups – river, tree and water kingfishers, based on their preferred habitat. As the names suggest, many kingfishers prey primarily on fish, but most can’t afford to be fussy and will also help themselves to almost anything that is available, including frogs, tadpoles and crustaceans as well as dragonflies and their larvae.

Despite the name, many kingfishers are not piscivorous, but rather insectivorous and therefore, depending on their preferred food, the kingfisher will either migrate to follow the insects as they search for greener pastures or remain at their favourite fishing spot.

The Zambezi and surrounding woodlands are a happy hunting ground for many of the kingfishers found in Zambia and I would find it impossible to choose a favourite. On the Zambezi we see plenty of malachite kingfisher, with their wonderfully iridescent plumage, the African pygmy kingfisher (smaller in size than the malachite, with a slightly shorter beak and the pink to purple patch of feathers behind their ears), the giant kingfisher (the largest found in Africa), the sky-blue and tree-dwelling woodland kingfisher, the brown-hooded, grey-headed, half-collared and striped kingfisher and, of course, the pied kingfisher.

If you’re looking for a bird that is part train, part drone, part gimbal and part missile then the pied kingfisher is it.

Arguably the best flyer of the kingfishers, this aerodynamic marvel is the largest of the “true hoverers” (birds that achieve this mastery of the air by flapping alone).

Although we have all seen larger birds that appear to be “just hanging out”, they do so by flying into a headwind, allowing them to appear as if they were hovering. Kestrels, hawks and even seagulls use this method. Hummingbirds are the most skilled at remaining stationary in front of particularly sweet flower but only weigh about a quarter of the weight of a pied kingfisher, so I consider that to be cheating.

The pied kingfisher is the only kingfisher who hunts its prey by hovering above the water and then diving straight down like a strike missile. While hovering, its wings are frantically beating up to eight times a second, its tail feathers are constantly helping with stabilising and positioning, but its head and eyes remain absolutely motionless (like a gimbal). This allows the kingfisher to fix on its prey and to take into account reflection and refraction from the surface of the water. 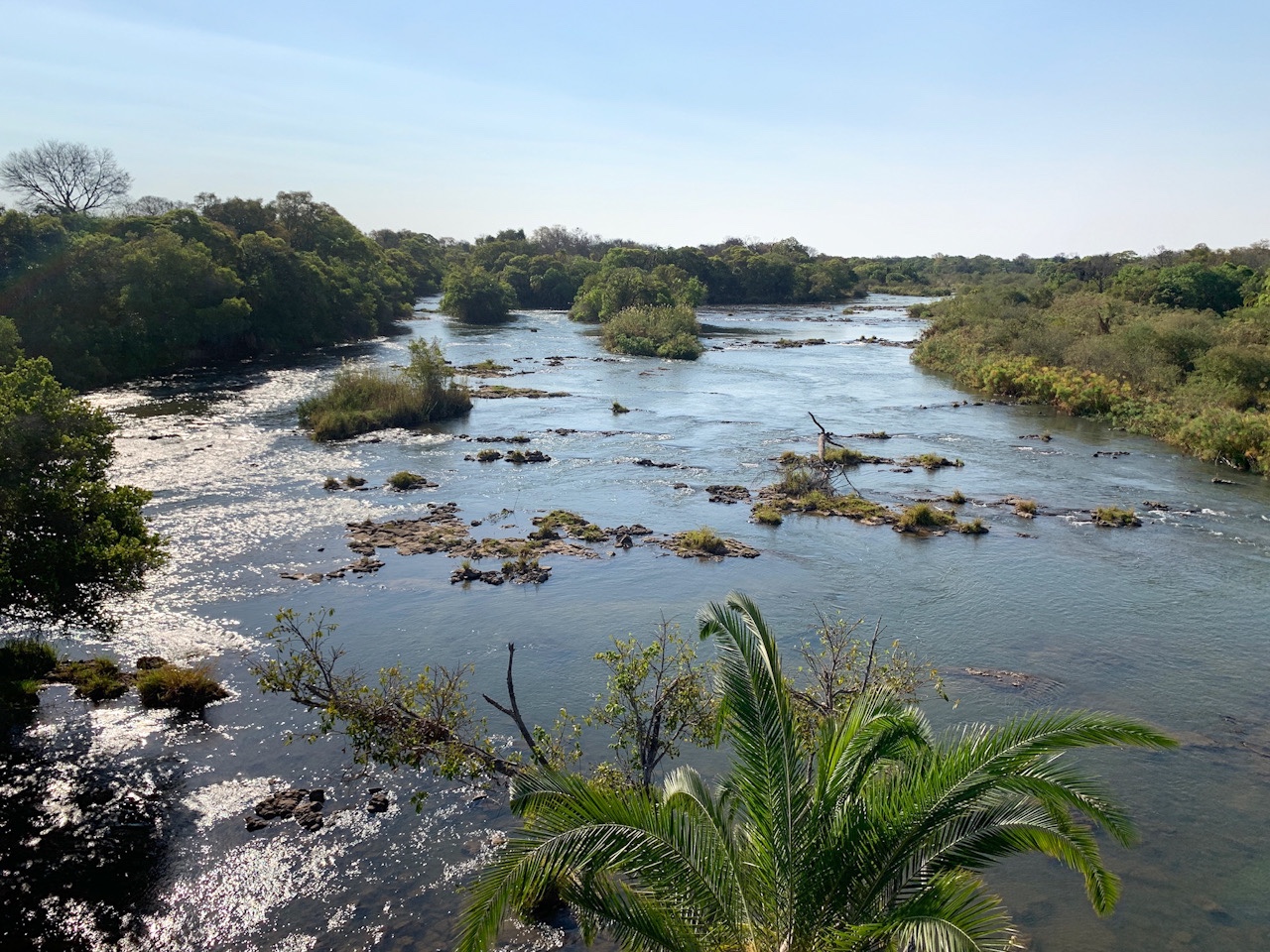 Because of their ability to hover, the pied kingfisher is able to hunt for fish far from the riverbank or in the middle of a lake. They have even been spotted beyond the breakers along the coast. Whereas all other kingfishers return to a perch in order to deal with their catch, the pied kingfisher completes this pleasant task in mid-flight. With a mid-air flip of the fish, so that it goes down head first, the fishing continues without interruption.

Why is a pied kingfisher like a train, you ask? What is the feature of this little winged wonder that might be of interest to a trainspotter? It’s all in the nose or at least the bullet-shaped nose of Japan’s Shinkansen train that created an atmospheric pressure wave. The resultant sonic boom was definitely not popular with the locals. The shape of the kingfisher’s beak allows it to enter the water after a 10-metre dive with barely a ripple or a shock wave that would warn the fishy dinner of its impending doom. By modelling the front end of the train on the beak of a kingfisher the problem was solved.

While the pied kingfisher has concentrated on performance and, in so doing, has been the solution for the 320km/h Shinkansen train, the malachite kingfisher obviously believes that beauty is equally important.

The iridescent blue wings of the malachite kingfisher are not actually blue, in fact they are transparent. The flash of brilliant blue seen on the bird while it darts between trees and splashes into the equally blue and transparent water could be likened to a conjurer’s deception, a trick of the eye, an optical illusion.

The production of intense blue presents a challenge to nature and most vertebrates are unable to produce blue pigment. The orange of kingfisher plumage is the product of tiny pigment granules, but its cyan and blue feathers contain no pigments. These colours are ‘structural’ – in that they are created by the intricate structural arrangement of a transparent material.

A simple example could be a soap bubble which obviously contains no pigment, but appears to be every colour of the rainbow. The feathers of the malachite kingfisher, as well as many other birds, butterflies and lizards, are not pigmented and therefore don’t fade. This is presently being studied with a view to utilising this method in the production of clothing, cars and even television screens.

So the next time you visit us on the Zambezi and you’re being entertained by the antics of the local kingfisher, look carefully. Perhaps there is something about the bird that can change the world.

Discover more winged wonders on a birding river cruise with us > 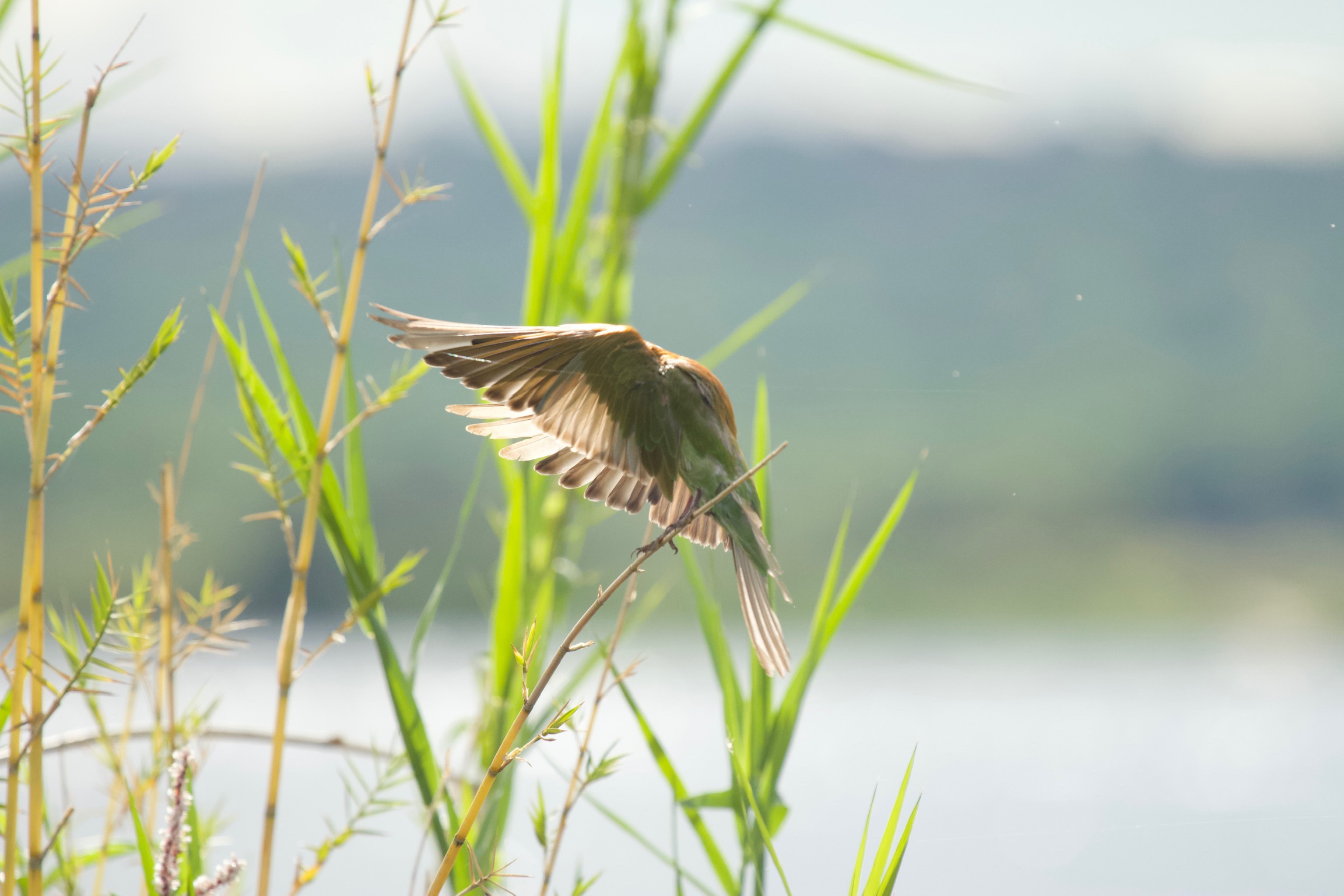 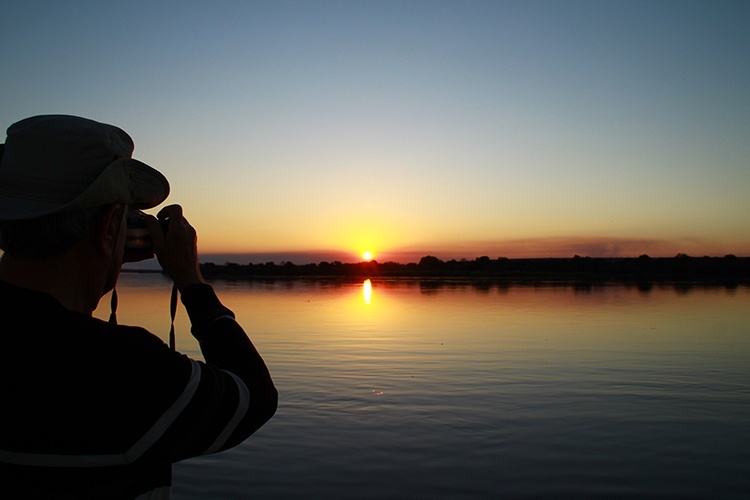