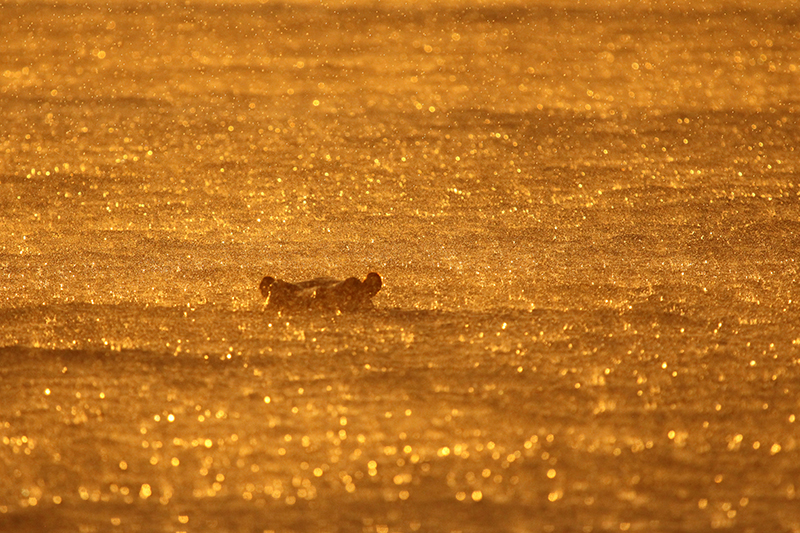 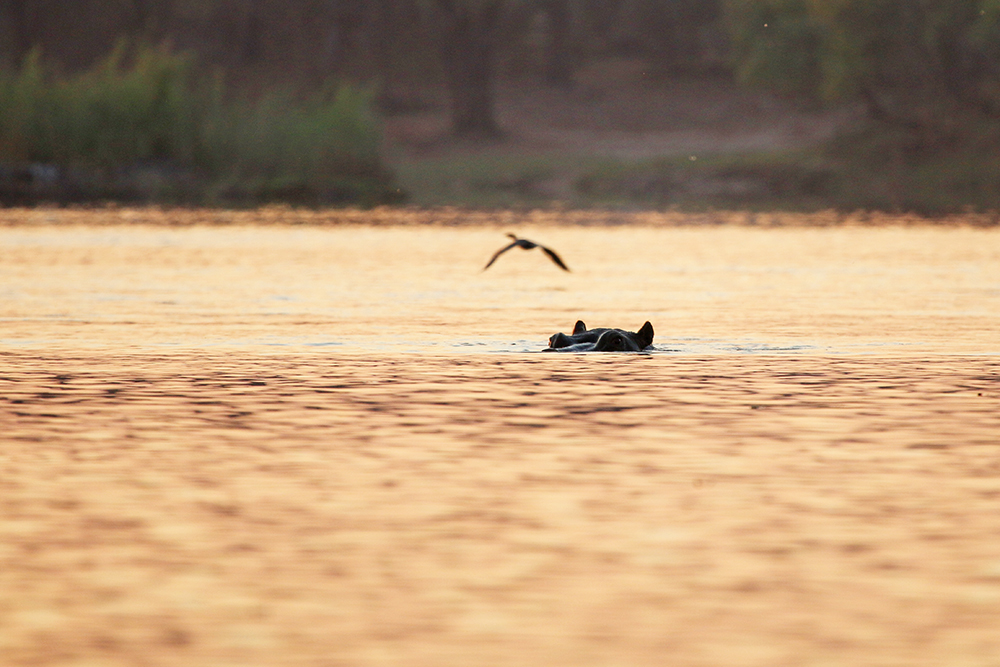 There are several different survival techniques in life. We all need a well-thought-out strategy to enable us to handle life’s ups and downs. My method is surrendering to the healing power of nature. A sunset cruise on the mighty Zambezi, for instance. In the golden hour at Royal Chundu, as the sun nestled into its reflection and hippos honked and barked and patiently waited for the dark, I wondered: were the hippos still working on a self-care strategy or was lying around in a river tanning all day, eating all night, it.

Because they’re perfectly adapted to it. 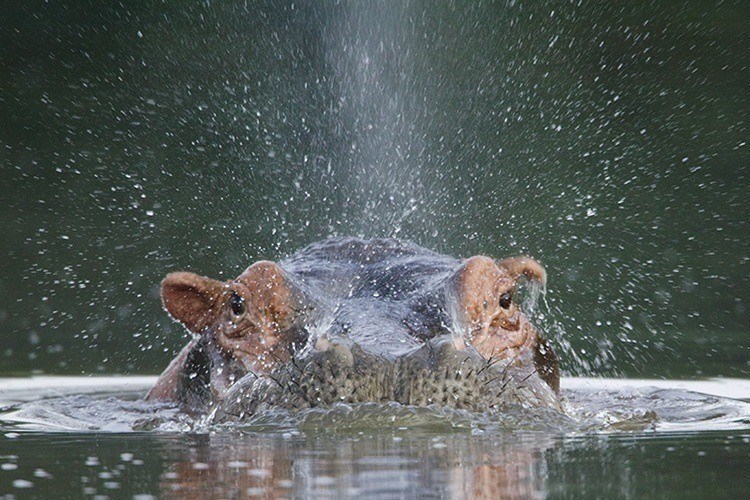 They are unable to survive for long periods of time in the sun but fortunately, they have built-in sun protection. They secrete a reddish mucus-like substance that helps with temperature control, works like SPF sunscreen and is antibiotic. Just like us, they take a dip when it gets too hot and spread out in the sun when that gets a bit chilly. The smart little calves have even been known to use their mothers as lilos if they begin to feel the cold or simply need a nap.

Hippos’ closest relations are whales and dolphins and it is theorised that they use underwater echolocation involving clicking sounds, similar to dolphins. This would assist them to navigate the murky river water where they mate and often give birth. 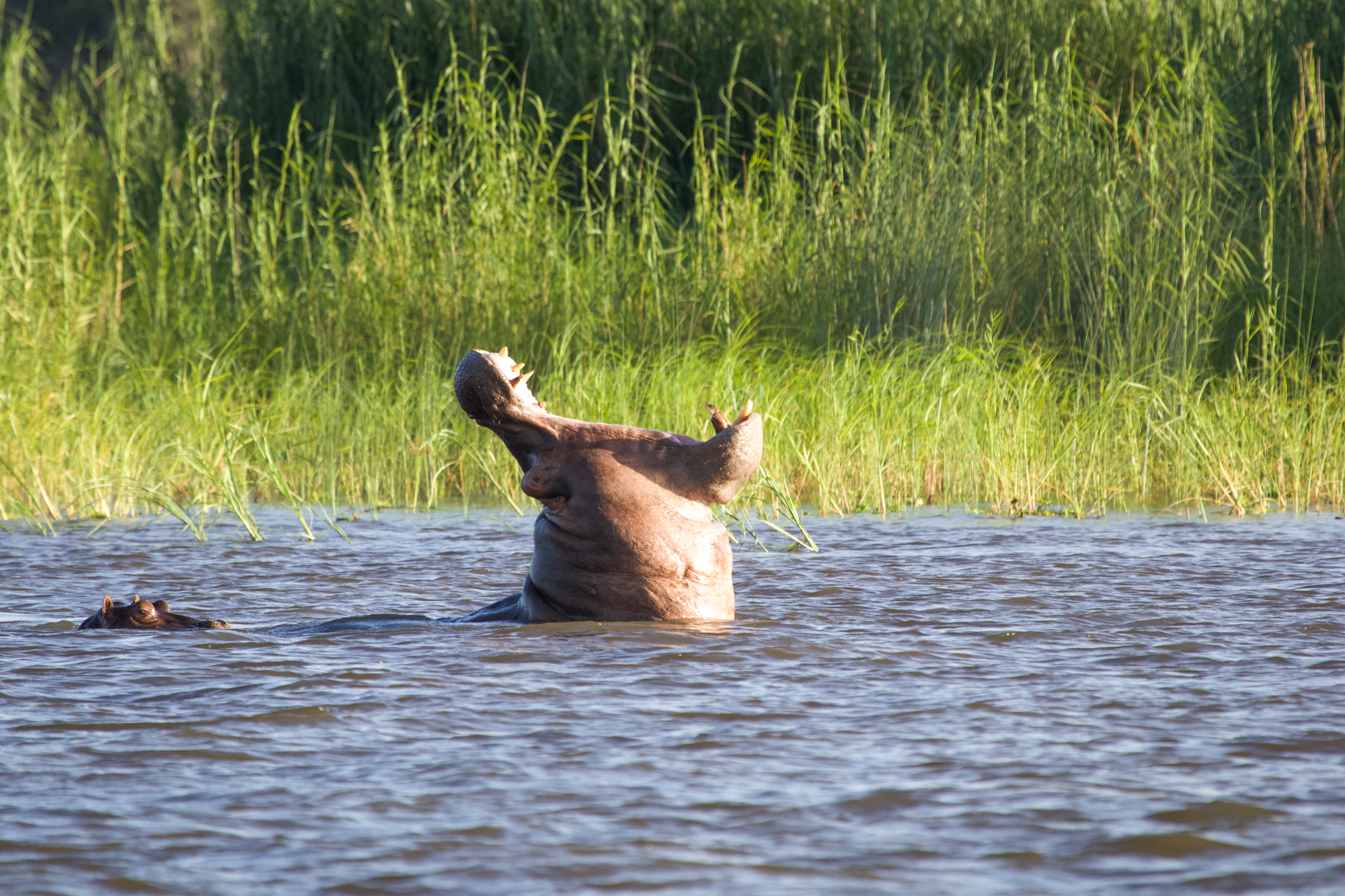 Their eyes, ears and nostrils are all perfectly placed so that the hippo can almost fully submerge, and yet still be able to see, hear and smell what is happening on land. When they sink beneath the water, their ears and nostrils close, while a clear protective film over the eyes acts as goggles.

Perhaps the most amazing adaption, however, has to do with their ‘swimming’, or rather their inability to swim.

Hippos are plus-size animals, weighing up to 1800 kg and although not particularly nimble, they can get up to 30km/h on land and run down the average human. They employ the same strategy when in the water. If ever you’re in the wrong place at the wrong time and a hippo is rapidly approaching your dugout canoe, remember that he is running not swimming. 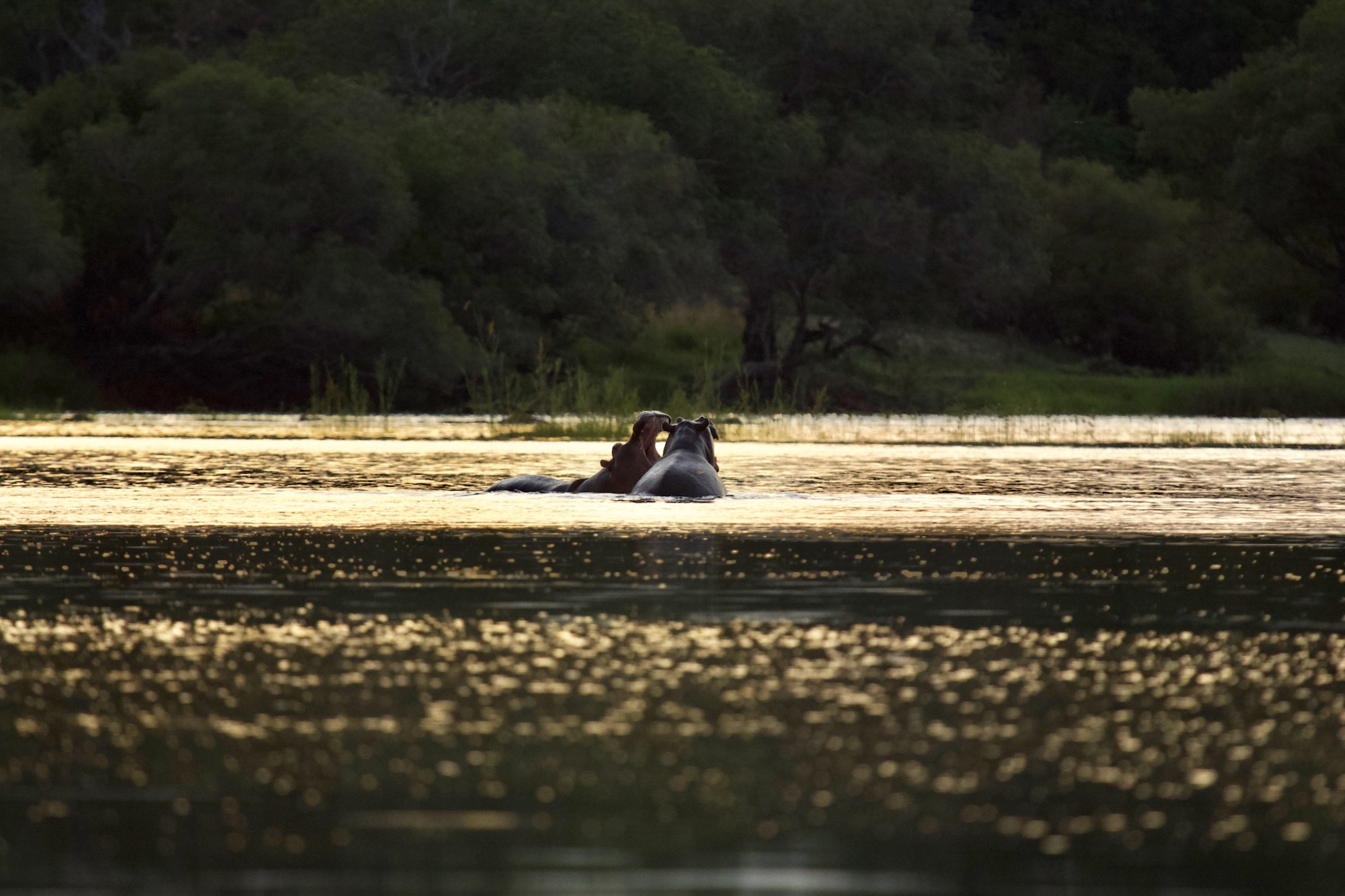 The hippopotamus is an anomaly…

It is a semi-aquatic mammal, related to whales, but it cannot swim. Most land mammals float and with a bit of kicking and thrashing about, can swim. The hippo cannot. The third-largest African land animal, it can fill its lungs with enough air to last for five minutes underwater. They can even sleep down there. They surface automatically to take a breath before sinking down again.

The young calves even suckle underwater.

The adaption that allows them to walk on the river bed is all in the bones, leg bones that are osteosclerotic, solid and heavy enough to counteract the natural buoyancy of such a large animal. Bones that serve the same purpose as the lead weights of a deep-sea diver, bones that prevent the hippo from being able to swim.

These vary in size from 10 to 30 individuals, depending on the available river frontage. In times of drought, they may gather together in their hundreds at the only available water where they literally lie all over one another. However, there are no displays of comradeship such as mutual grooming or play. Fights and squabbles break out over the smallest of infringements. 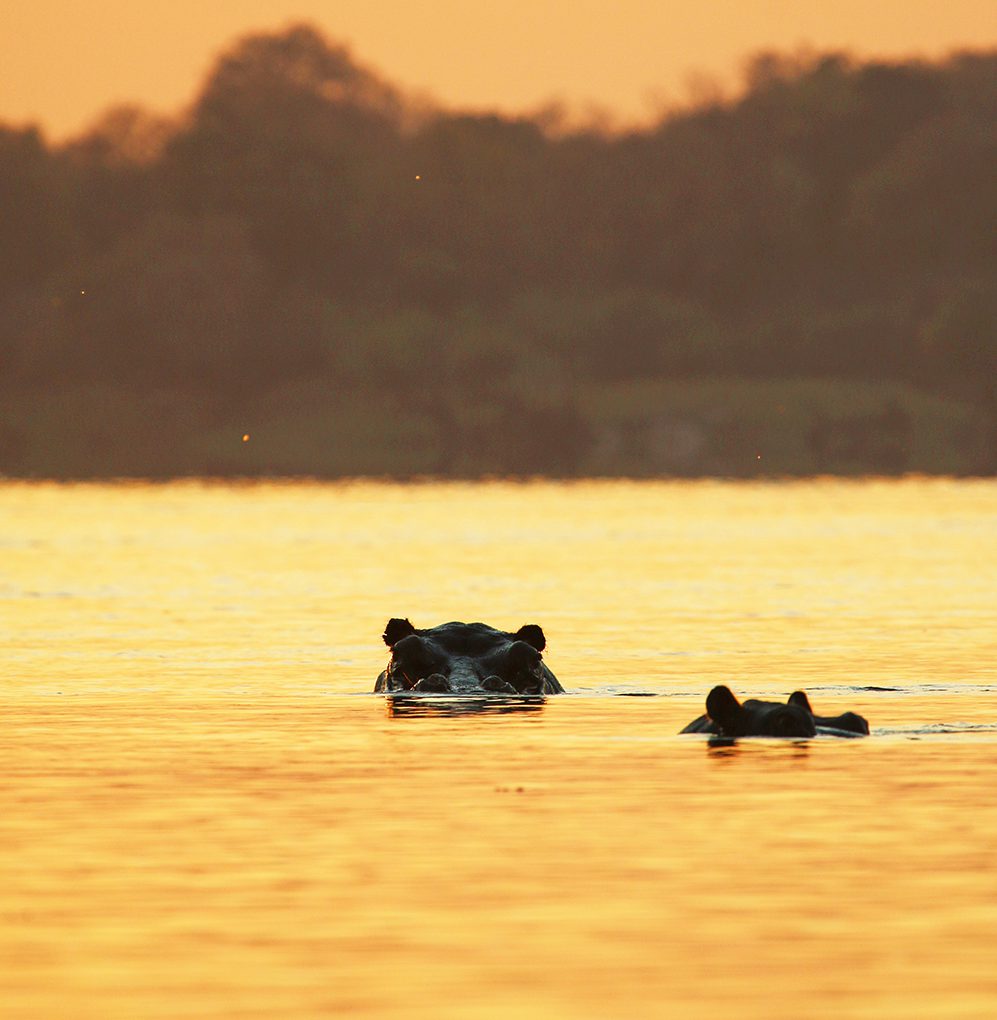 A typical pod consists of a dominant bull and the cows with their calves. The cows generally have one calf every two to three years and often group the youngsters together in schools for protection. Submissive male hippos are allowed to remain in the pod and it is estimated that only one out of every ten hippo bulls breed.

Cantankerous, irascible and spoiling for a fight…

Hippos guard their watery kingdoms as though their lives depended on it. On land, however, there is little aggression with no territorial domination. So as long as you don’t get between a hippo and her water, you should be safe. Because of their inability to handle the heat of the African sun hippos spend about six hours grazing at night. The cows have been known to hide their calves under a bush while enjoying up to 30 kilograms of delicious grass.

As I floated past them on the Zambezi and contemplated their incredible adaptations, their interests (long walks on the beach…), and natural characters, I realised…

Every part of hippo life contributes to their self-care regime.

They know how to stand up for themselves, they rest when tired, eat when hungry. We could learn something from them: self-care is in every moment, it’s just a little sweeter with a G&T and a boat cruise into the sunset… 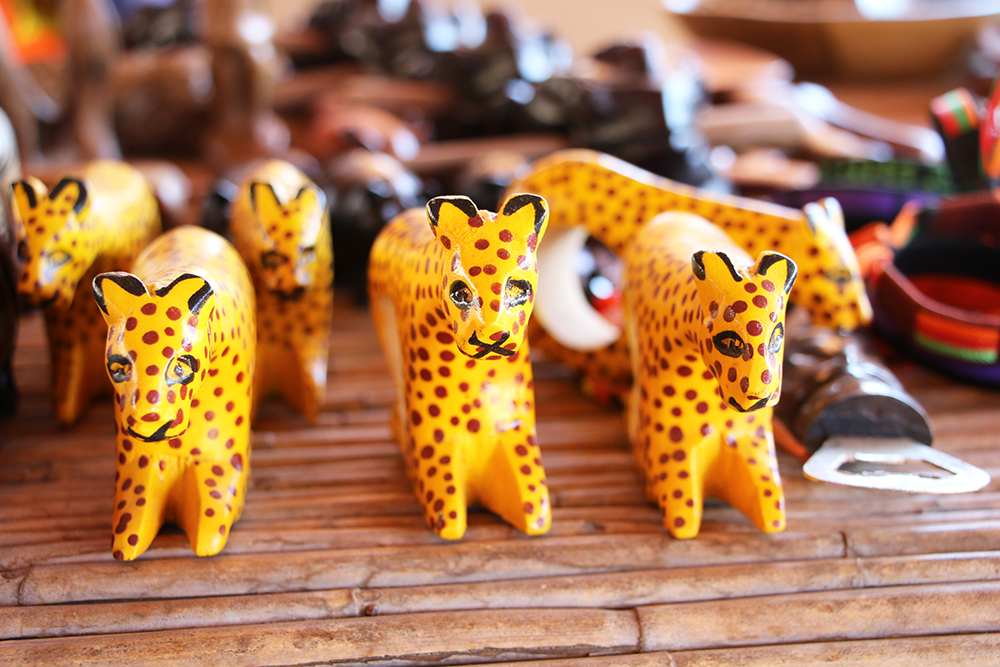 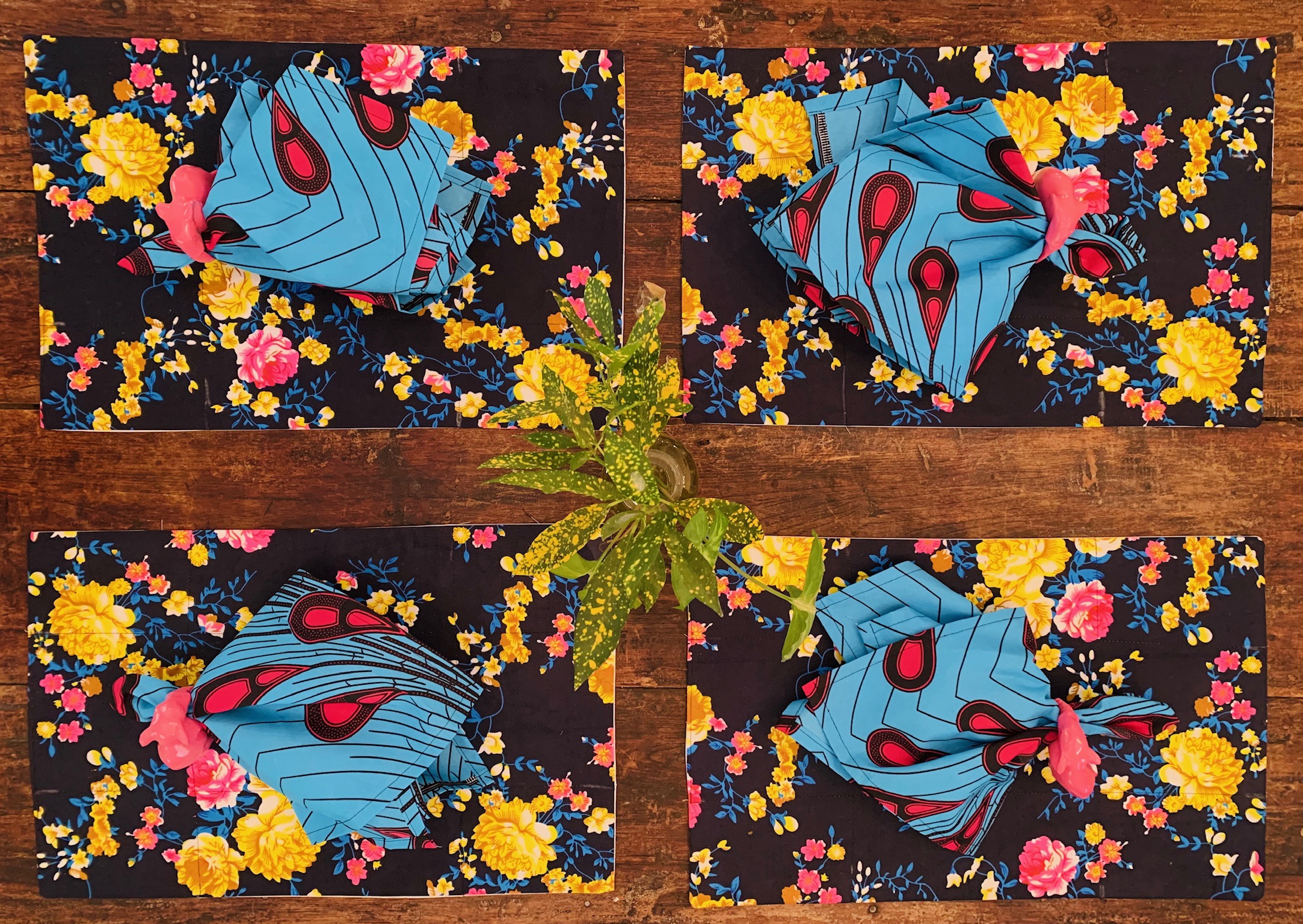