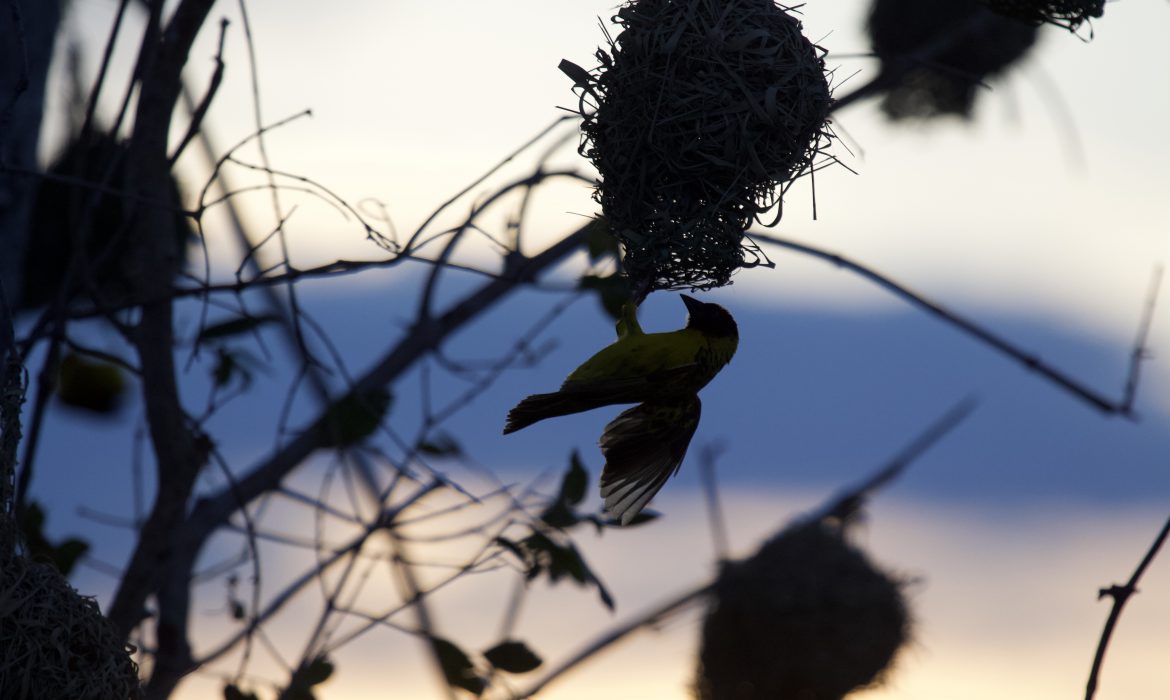 How Do You Build a Nest? One Strand at a Time…

From around November to April, the European and North African migratory birds are back on the Zambezi and the river’s resident birds get all dressed up in their breeding plumage. During this time, it is nesting season and the weaver-birds get right to plying their trade.

When it comes to feathering their own nests, the male southern masked weavers simply don’t. They’re adept at the basics: a secure fixing, a waterproof roof and an entrance that keeps intruders where they belong, but the fluffy bits are up to the Missus.

Nests are often positioned on out-of-reach branch tips or water-surrounded reeds to ensure that raiders, in search of eggs or hatchlings, go unrewarded. Kivu Boomslang, African harrier hawks and vervet monkeys are among the trouble-makers and so the spot chosen by the male weaver will be one of the prerequisites that inform the females’ willingness to move in.

Attracting the female requires a combination of finding the best available site, skillful weaving, hanging from the bottom of the nest and fluttering your wings while wearing your nuptial plumage and a good singing voice.

Being polygamous, the male southern masked weavers have plenty of time to perfect this skill, as they can have up to 12 breeding spouses, who take on the responsibility for the incubation and feeding of the next generation. 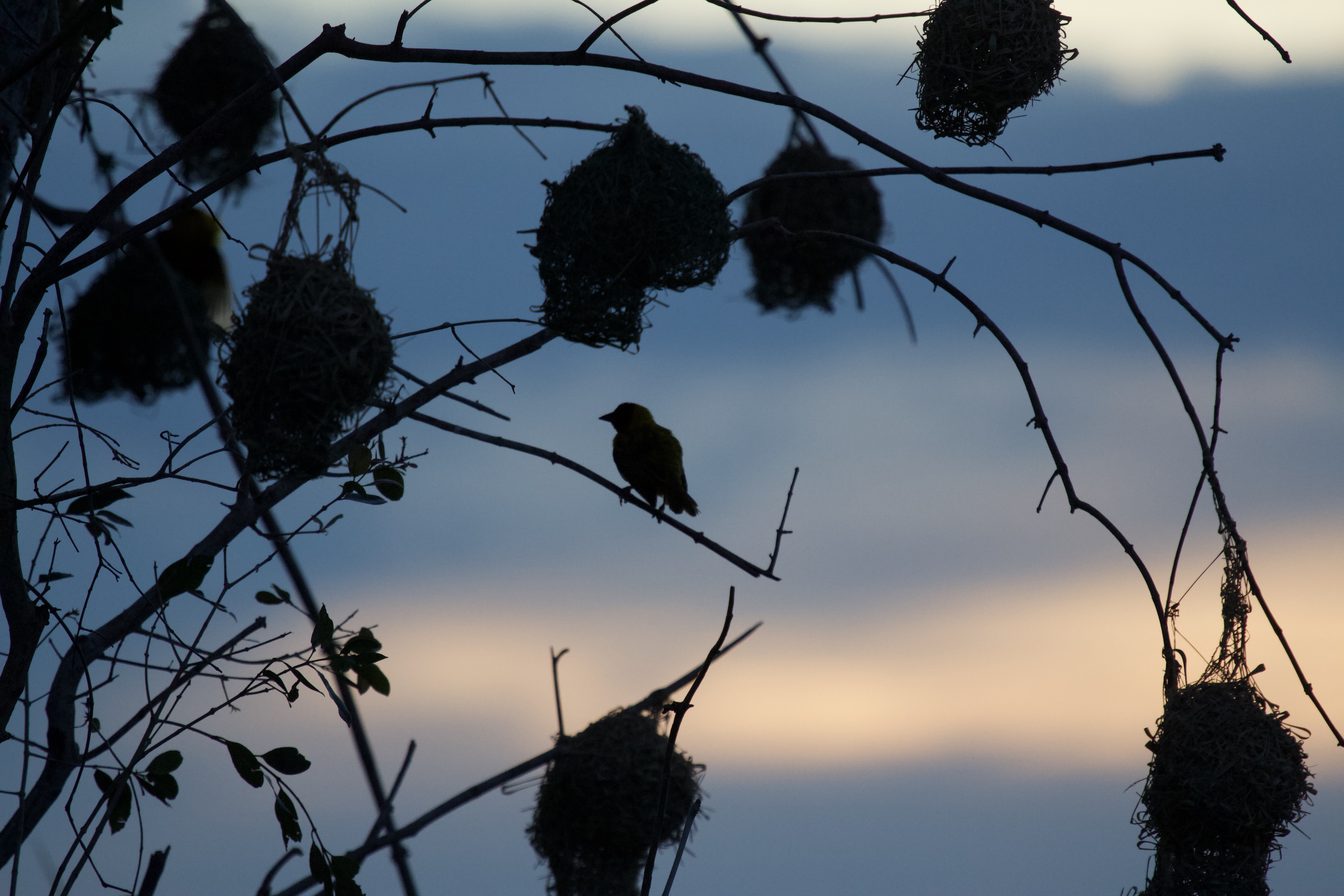 The Sneaky Habits of Strangers

Once the female approves of the male’s nest, she will line it with soft grass and even-softer feathers and then lay between two and four eggs inside of varying colours and patterns. Eggs can be bluish or whitish, plain or marked, with fine or large spots and blotches that prevent any stranger’s “contribution” from going unnoticed. A stranger such as the Diederik Cuckoo – one of many brood parasites that lays a single egg in an available weaver nest. In order to ‘blend in,’ they attempt to match colours, but should the egg be recognised, the nest-owner will eject it. The cuckoo-finch (also known as the parasitic or cuckoo weaver), is also fond of laying its eggs in the nests of other weaver-birds, trying to clandestinely shift her motherly duties… 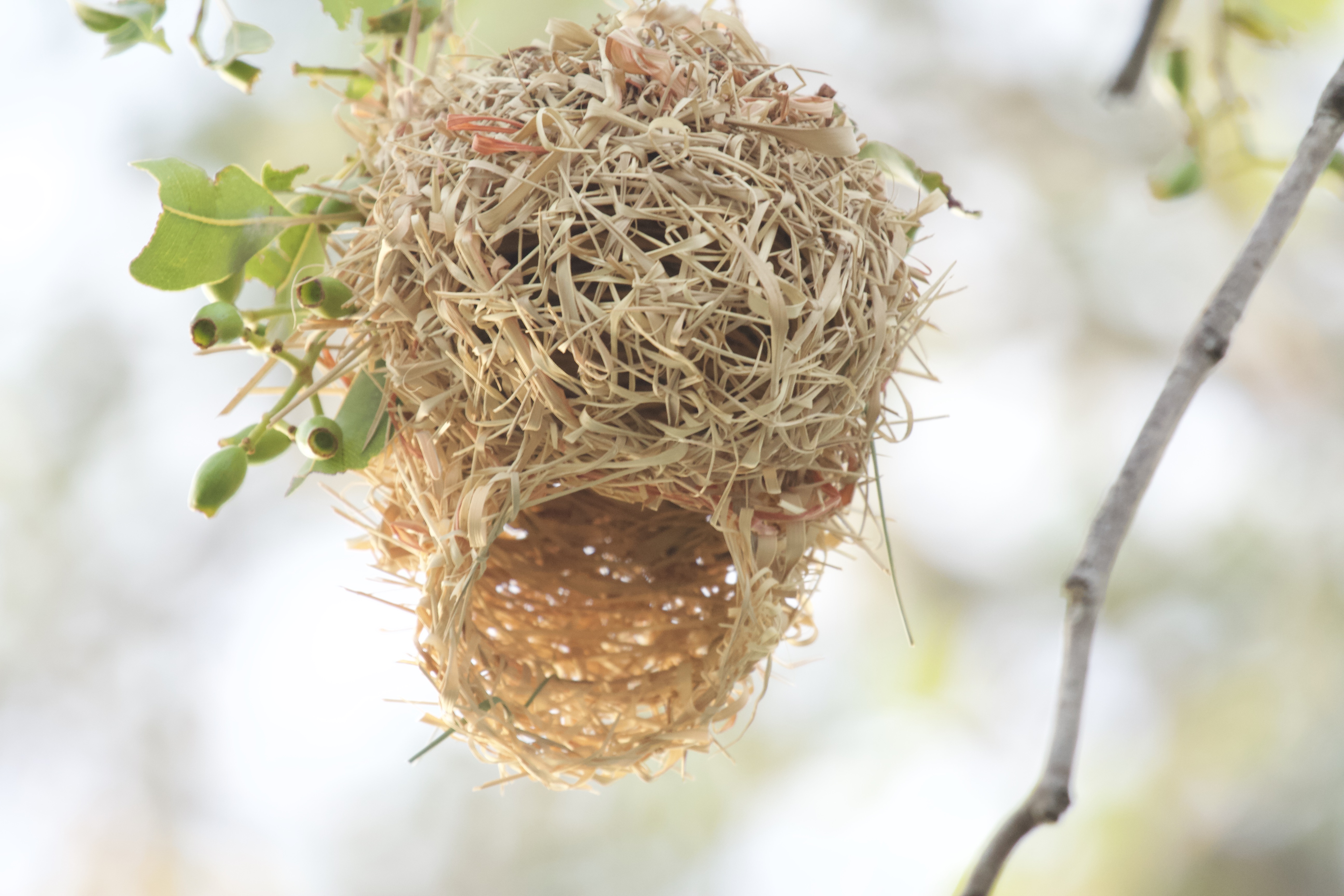 A Community of Weavers

The International Ornithological Congress recognises 117  species of weaver-birds, with by far the majority residing in sub-Saharan Africa. Some weavers live solitary lives deep in Equatorial forests, but most are far more gregarious. There are those that build simple nests and there are those whose complex nests house whole communities, like the sociable weaver of the Kalahari Desert in Botswana and Namibia. This weaver builds communal nests that can weigh up to a ton. Some you can see today are over a century old.

The village weaver lives in colonies of up to as 150 nests with as many as a hundred nests in a single tree. Like many weavers, including the southern masked weavers, their nests have an opening at the bottom to make life difficult for predators. The village weaver is so named because of its liking for breeding near villages, towns and even hotels, possibly because this affords them protection from predators less keen on associating with humans.

The red-billed quelea (also known as the red-billed weaver) has been reported nesting in colonies covering several square miles of trees and harbouring millions of birds. They are regarded as the world’s most abundant undomesticated bird with post-breeding population estimates of 1.5 billion individuals. Sadly, you can have too much of a good thing and they are regarded as pests due to their raids on domesticated grains.

Attempts have been made to reduce their populations using firebombs and sprayed poisons, but these have been unsuccessful. They are caught and eaten in their millions in many African countries, but the quantities are regarded as ‘insignificant’. 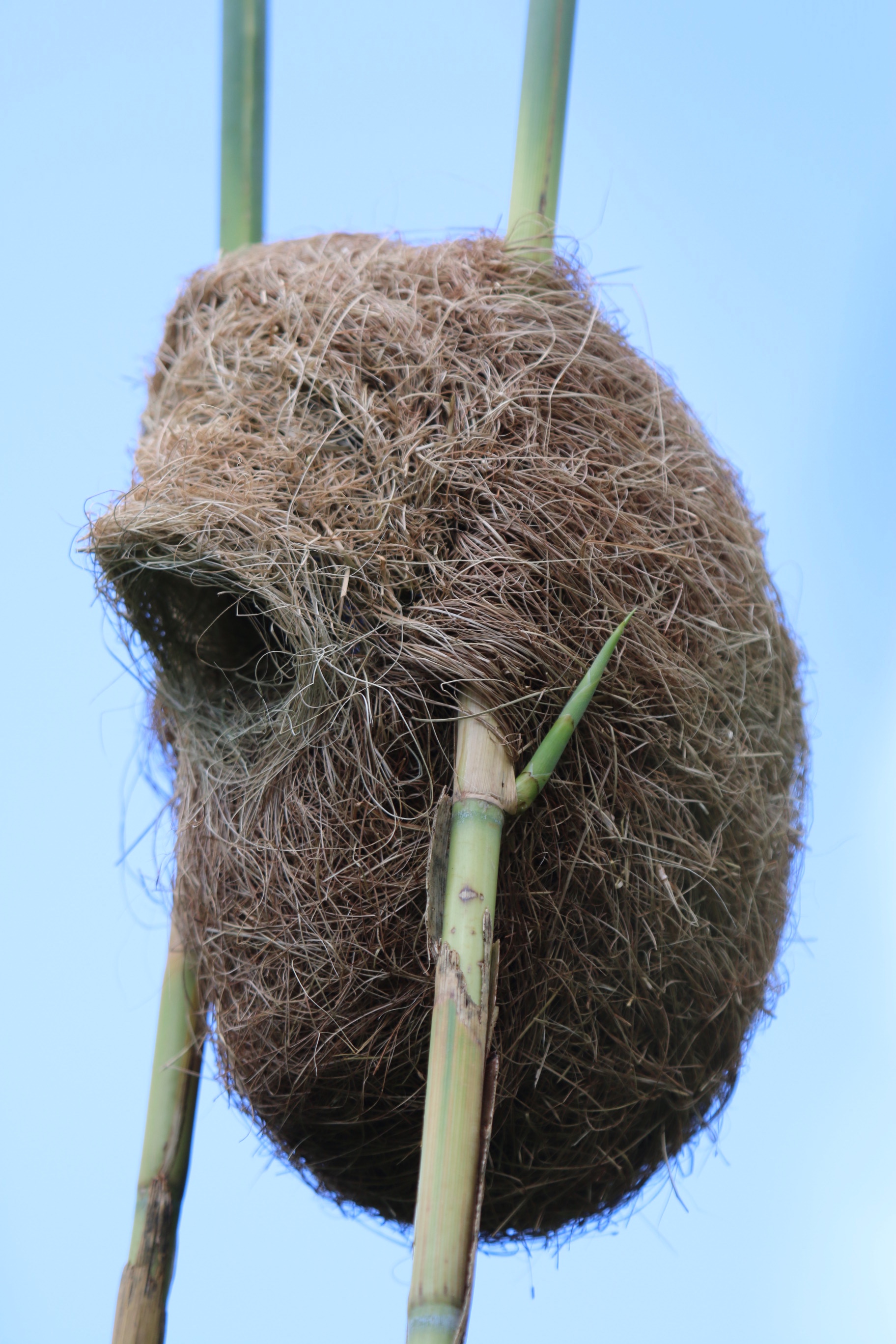 The white-browed sparrow-weaver has a nest that has been described as ‘a ball of straw caught in the branches’ and they are unusual in the weaver building code in that they have an escape route, a second opening to be used in the event of attack.

Weaver-birds are considered to be the only birds that can tie a knot. Some of them create woven masterpieces that would hold their own in any art installation, some create homes that have entrance-halls and some, a veranda. The sociable weavers gather in a colony and make a giant bale of straw at the top of a tree and manage to maintain it for a hundred years.

Most of the weavers do all of this while happily singing at the top of their voices. No matter how many times their prospective mate refuses to accept the proffered nest, no matter how often they are forced to break down their unsuccessful attempt and to begin again, they simply turn up the volume and get back to the task of nest-building, strand by strand. 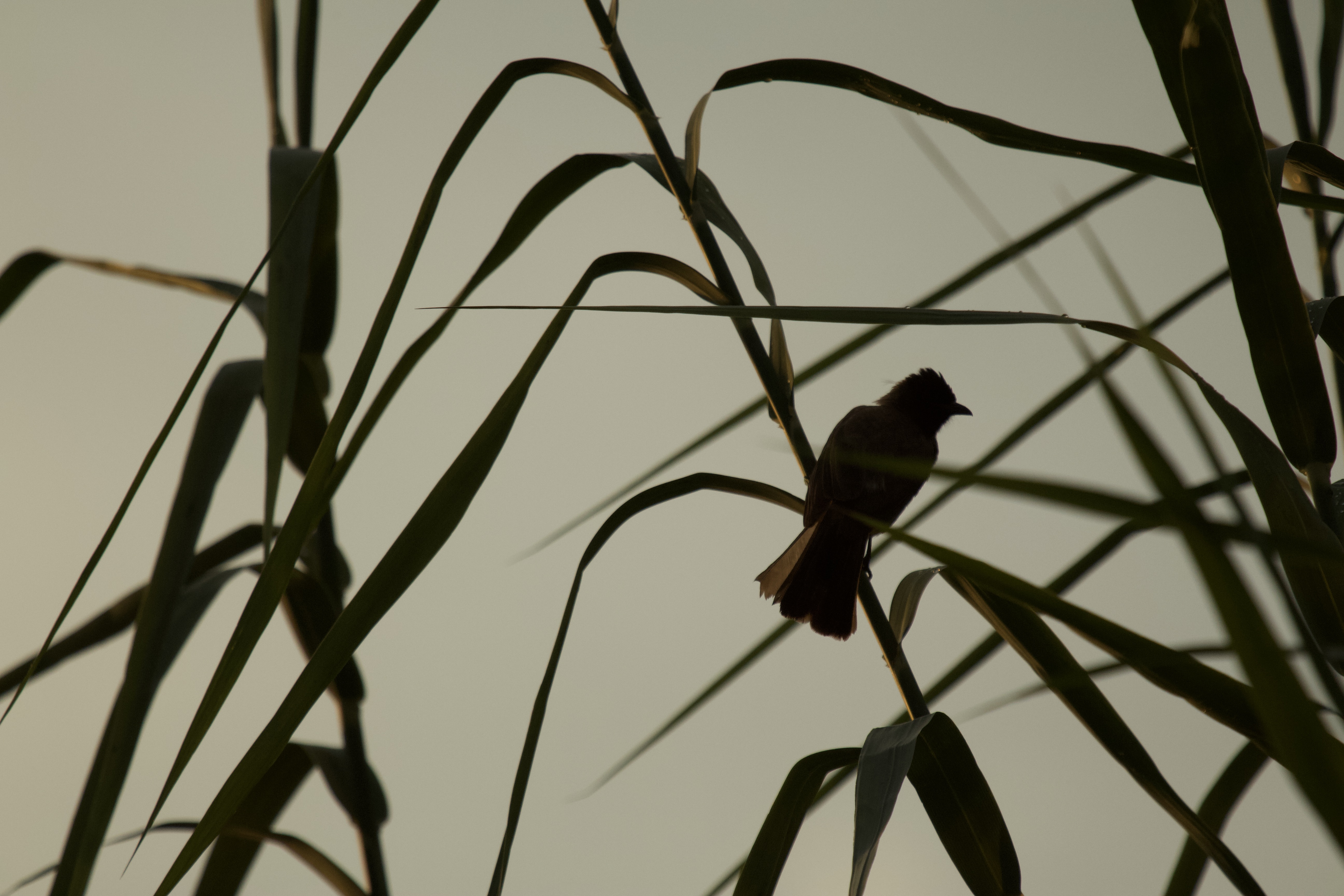 Weavers are truly fascinating and unique characters among the birdlife that visit us on the Zambezi.

Find out about our wonderful winged vagabonds in our birdwatching blogs. 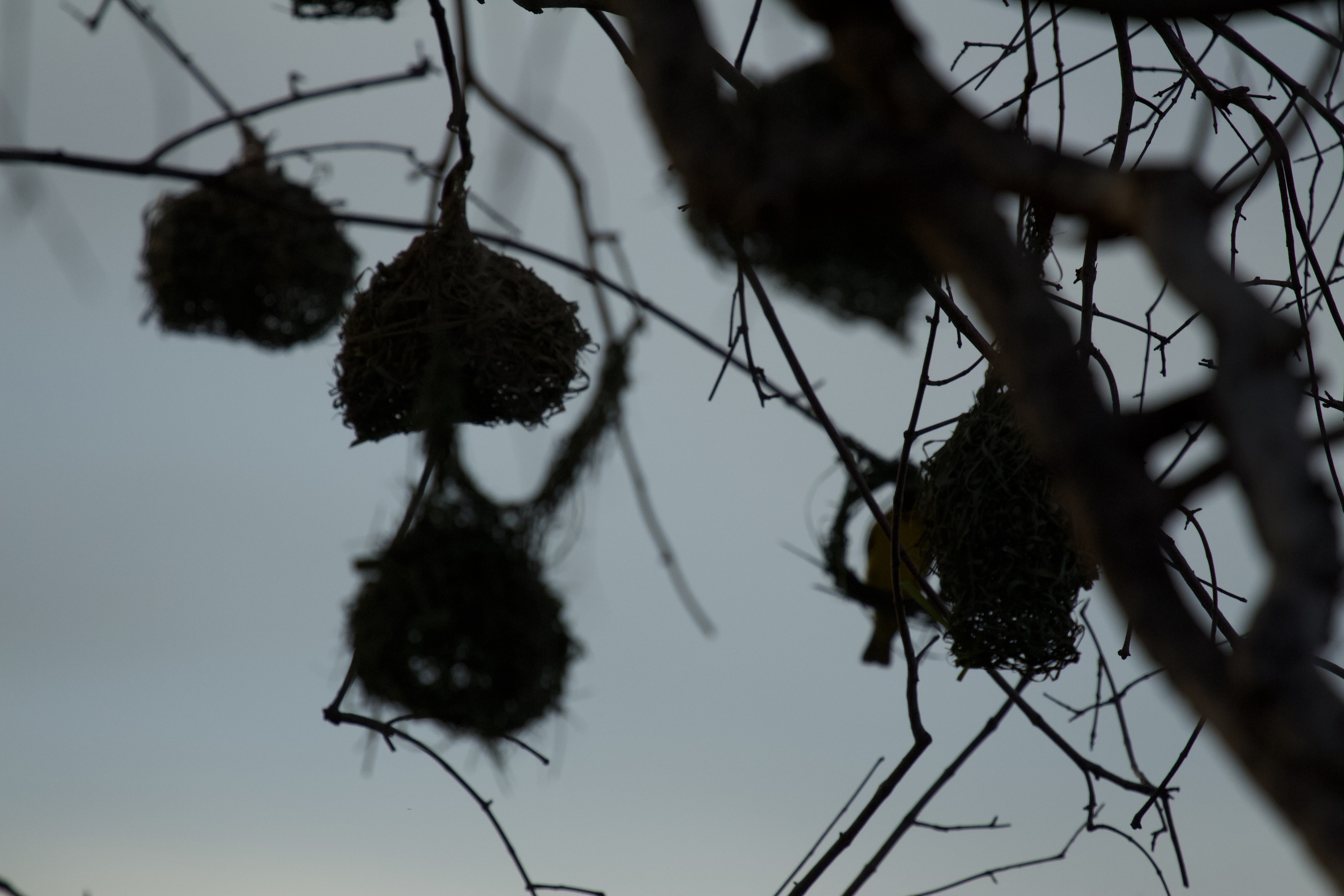 The Cry of the Fish Eagle 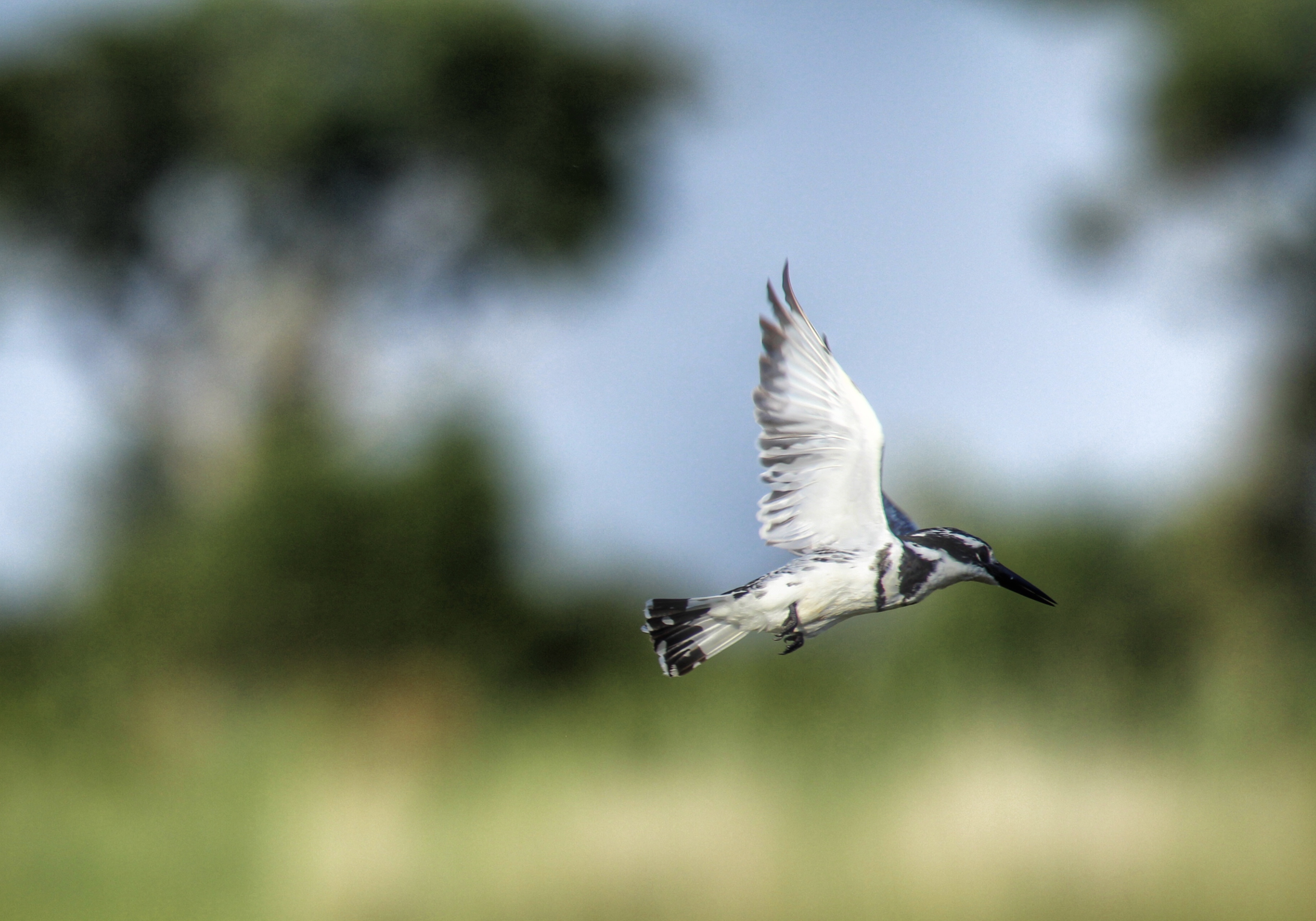