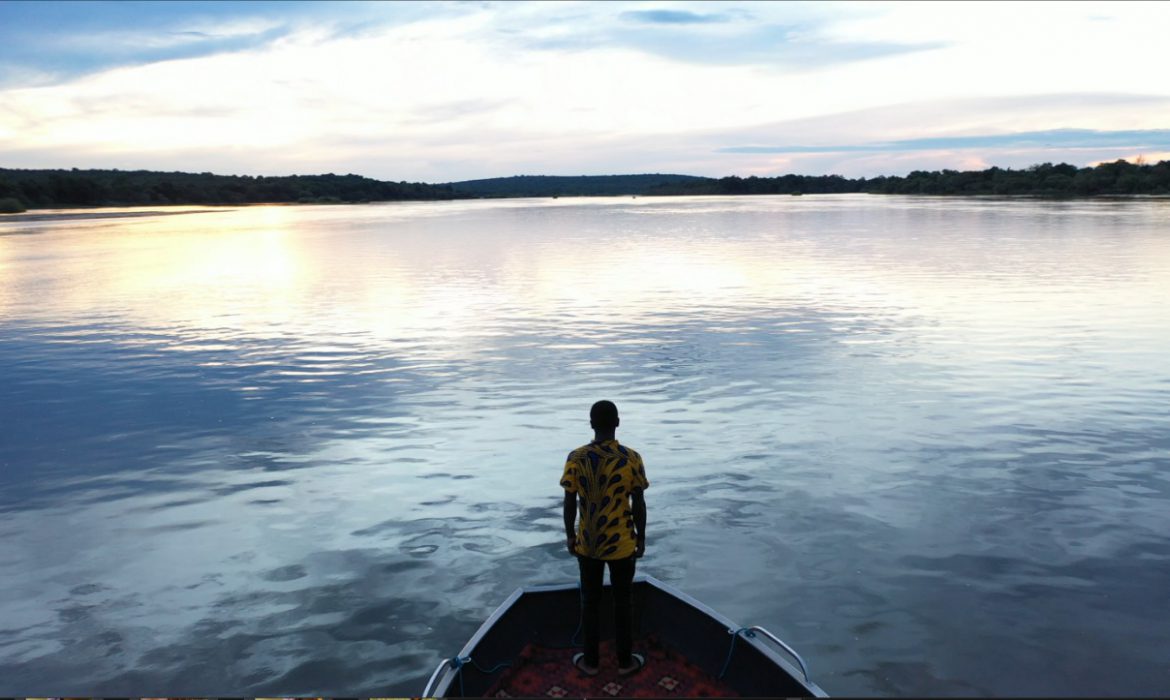 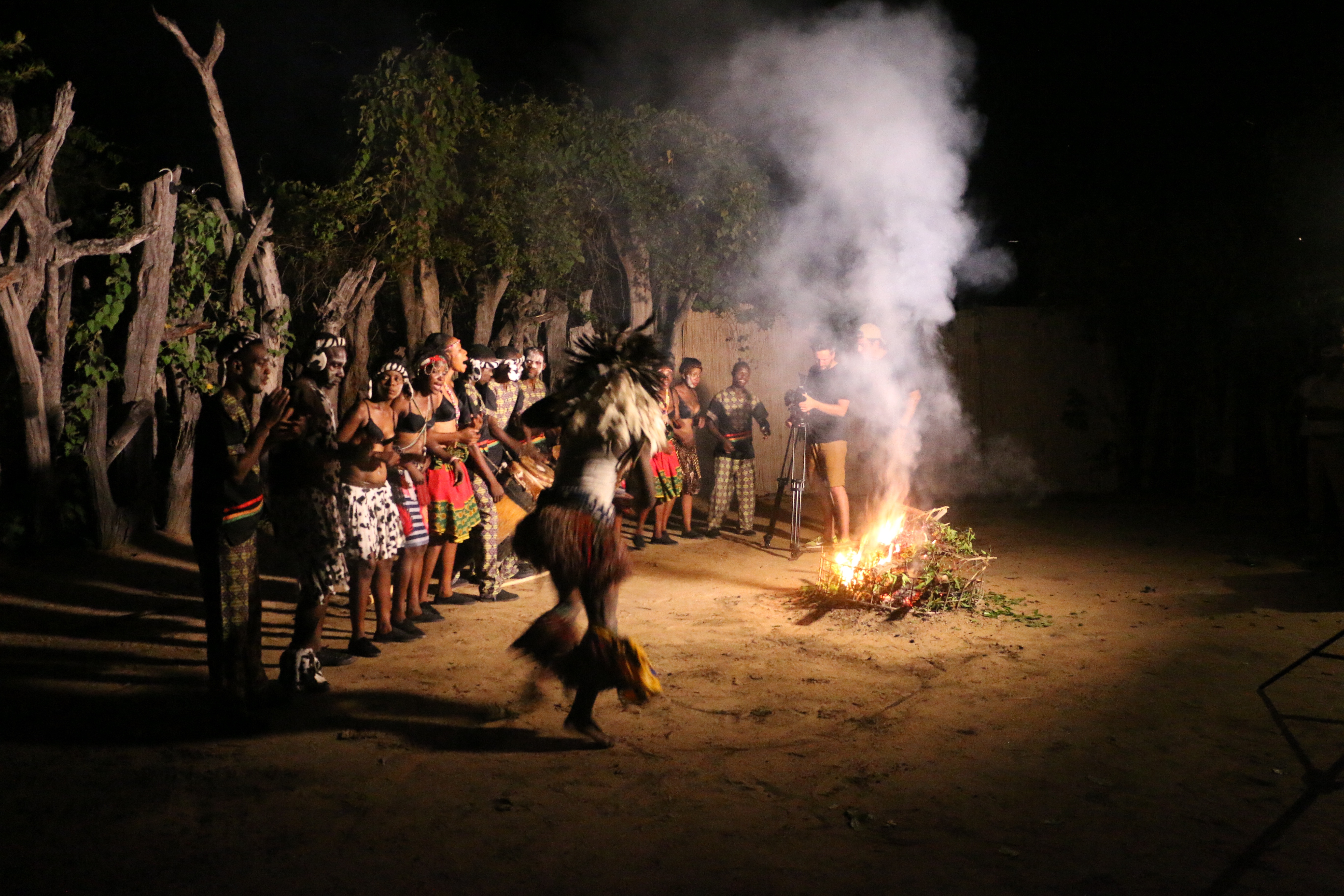 There are times when the silence is exactly what we need, the stillness of a quiet home in the heat of the afternoon when books are taken up and hammocks call to us from under the shade of a waterberry tree. There are times when talking takes over, when the birds and wild things twitter and grunt and rumble all around in their own hodgepodge melody. And then there are times for other kinds of music…

Traditionally and still today in Zambia, music has a great purpose in community life.

Songs are used to teach, to heal, to call on spirits. And for pure enjoyment.

Listening to your favourite songs, you feel the material world drop away and a new rhythm pick you up to carry you along its journey. Our own singer-songwriter, Eric, known as EC Bling to his fans, security guard and kind-hearted family member at the lodge, has his modern style which he serenades us with from time to time, with lyrics about the riverbank he calls home, lyrics that give us so much appreciation for the intricacy, history and beauty of Zambezi life. 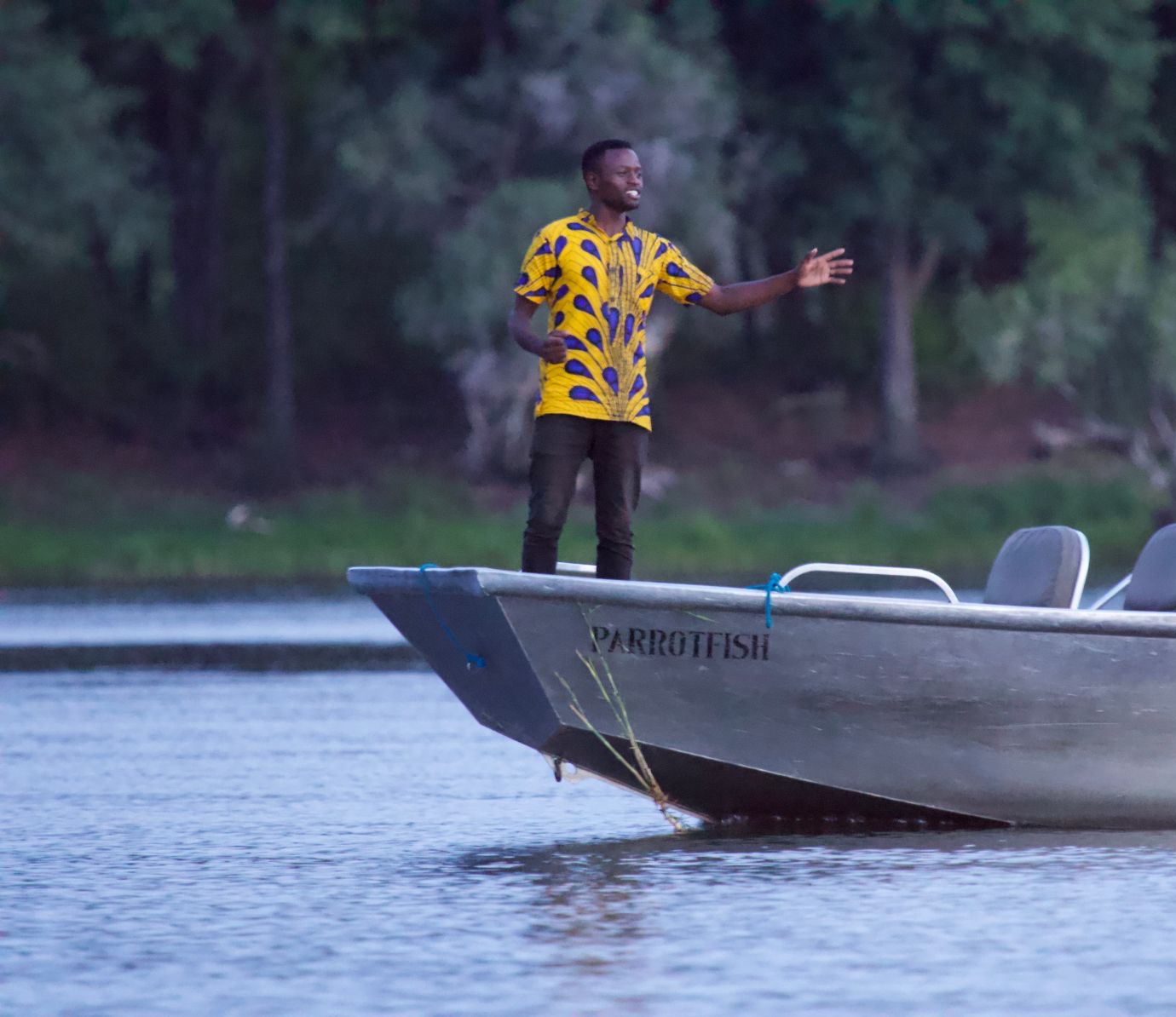 Traditional music in Zambia changes from one ethnic group to another – with there being up to 72 tribes in total.

But it also has ways of blurring the divides with aspects of it being adopted across the tribes. In community life today, music still holds its power and purpose, springing up in the middle of an afternoon of gardening, or a morning of washing clothing, a gathering of women weaving mats and men resting between tasks. It’s played from a radio, from a bucket drum, through whistles, the songs and stamps and claps of voices and feet and hands. 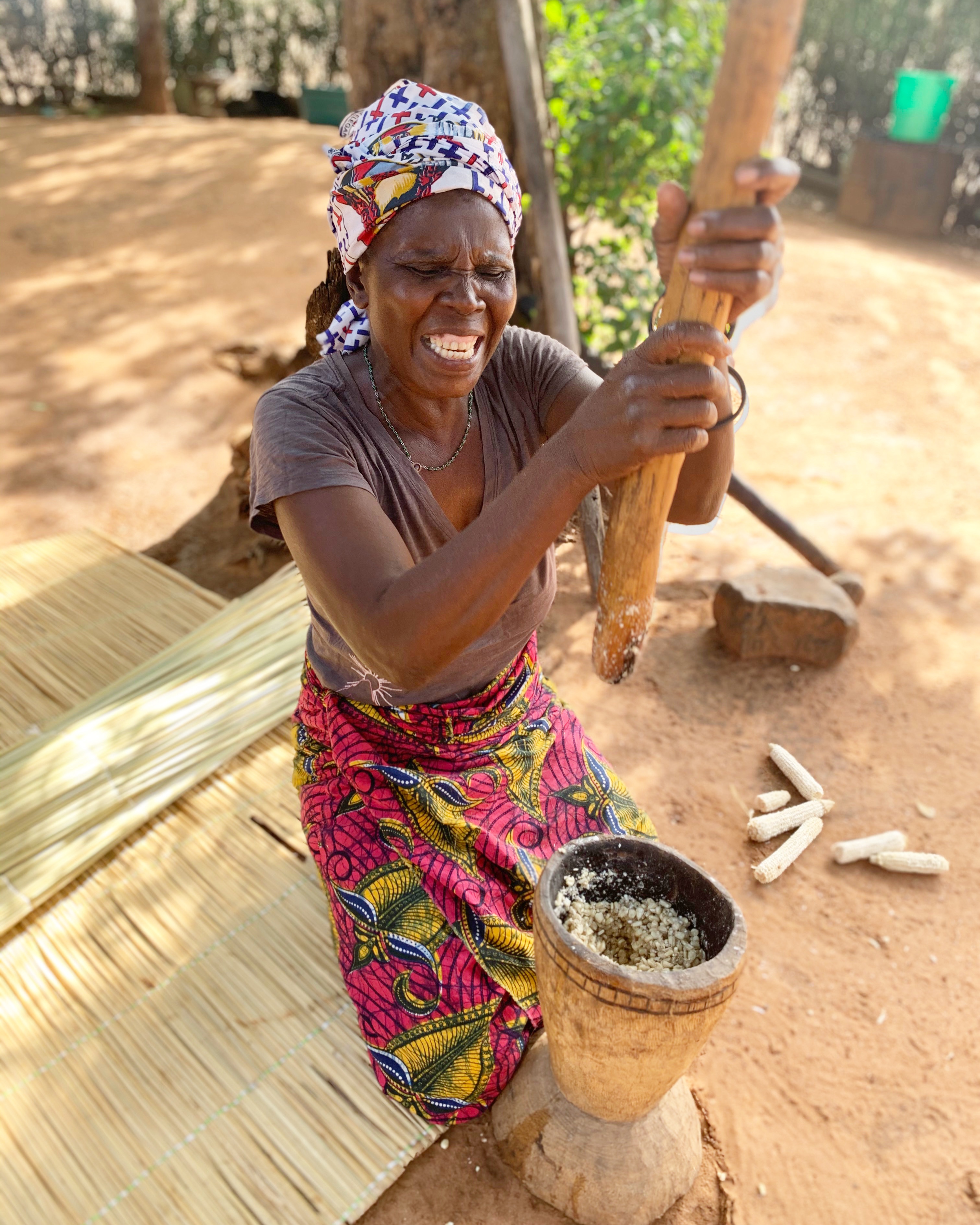 Music finds its way into most social events, because of the participation it requires…

This includes rites of passage ceremonies linked to birth, initiation, marriage and death. We’ve watched the great dance of the Makishi masquerades of the Luvale people with guests, as local performers give us a glance into this legendary ritual, dressed in lakishi costumes and masks that represent mythical characters and deities, the spirit of a deceased ancestor who returns to the world of the living to assist the boys. The musical accompaniment, the singing and drumming, wrap you up in a trance, whether listening or a part of the performance itself.

There are the Chisungu rituals of the Bemba people which help to teach young people about cultural values, about adulthood responsibilities, all through music. 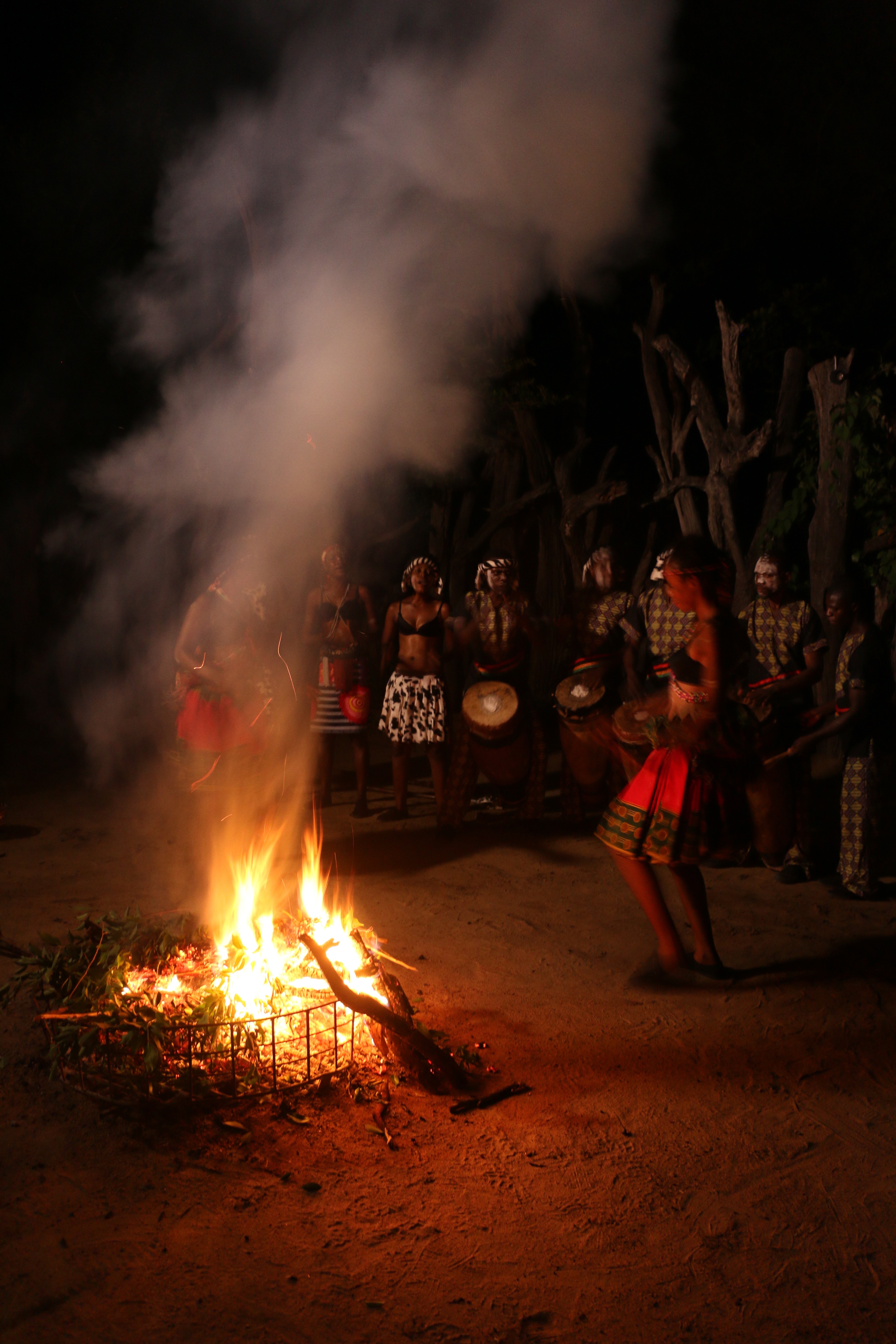 Zambian music has a therapeutic role too…

It is played in rituals for good health, prosperity and security, to exorcise spirits so that they do not torment their mediums, and other rituals that (such as the uwangu of the Luvale) are purely therapeutic, explains writer, Prince F.M. Lamba here.

Music in Zambia also has a way of putting across important societal values. There are endless songs with countless lessons, from working hard to courtship to being a good person. 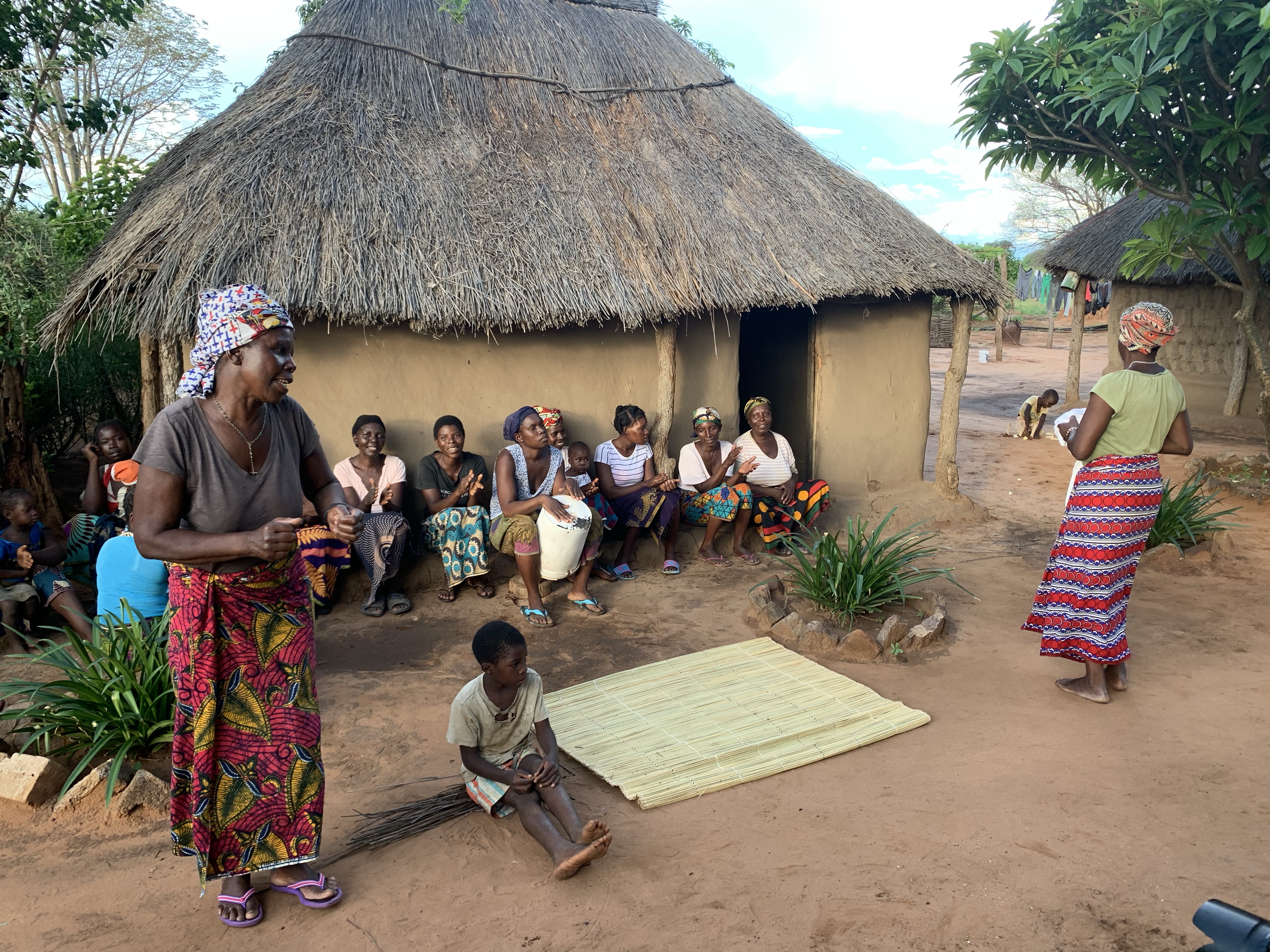 And then there are the instruments, the music-makers…

The region where communities live determines what instruments can be made. In the Western Province you’ll find bigger drums because the trees in the area are bigger. There are kalela drums, played with sticks and drums like the ngoma mpati, the master drum that provides cross rhythms to smaller drums, with percussive sticks called lukonkoolo. There’s the muyuwa rattle (a closed tin can with stones inside) or nsakalala (a flat, long wild fruit), rattles or small iron balls to create beautiful striking sounds. There’s the triangular wooden drum (singubu) and xylophone (silimba). 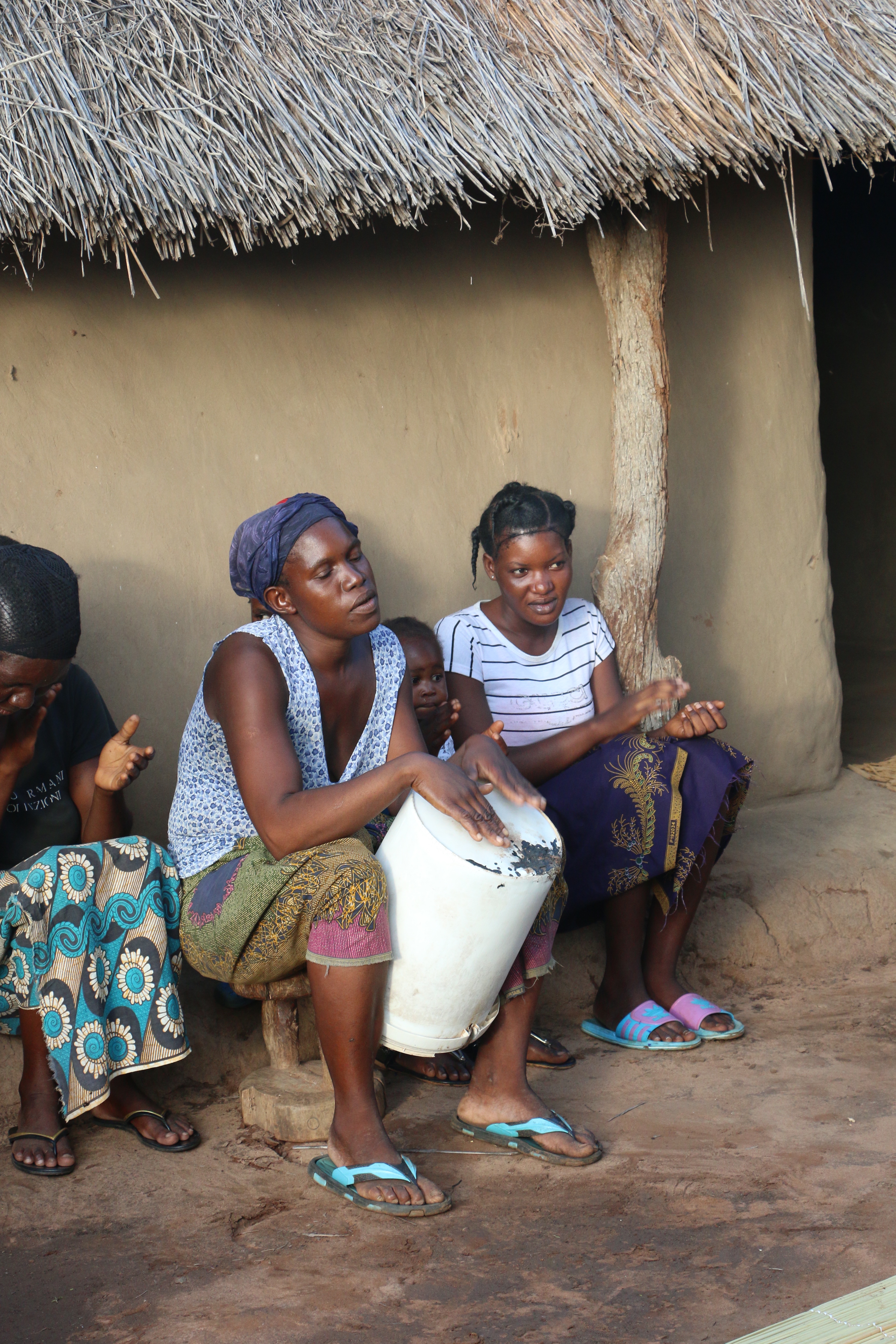 These different traditional music styles, purposes and instruments have helped shape modern Zambian music as it plays today. For instance, Zamrock, a musical genre that came out of the 1970s in Zambia, combines traditional African music with psychedelic rock and funk. Musos refer to it as the combined sound of Jimi Hendrix and James Brown.

Zambia’s music scene is rising in prominence, but music as a social force has a long history in Zambia, in particular the rocking era of Zamrock, writes The Guardian. This genre flourished during the social unrest of the 1970s as a means of liberation. It was Zambia’s own psychedelic period with “social upheavals, flares, fluorescent colours, flamboyant hairstyles, generational differences, and powerful music.” One of the most popular Zamrock bands at the time was The W.I.T.C.H., an acronym for ‘We Intend To Cause Havoc’. 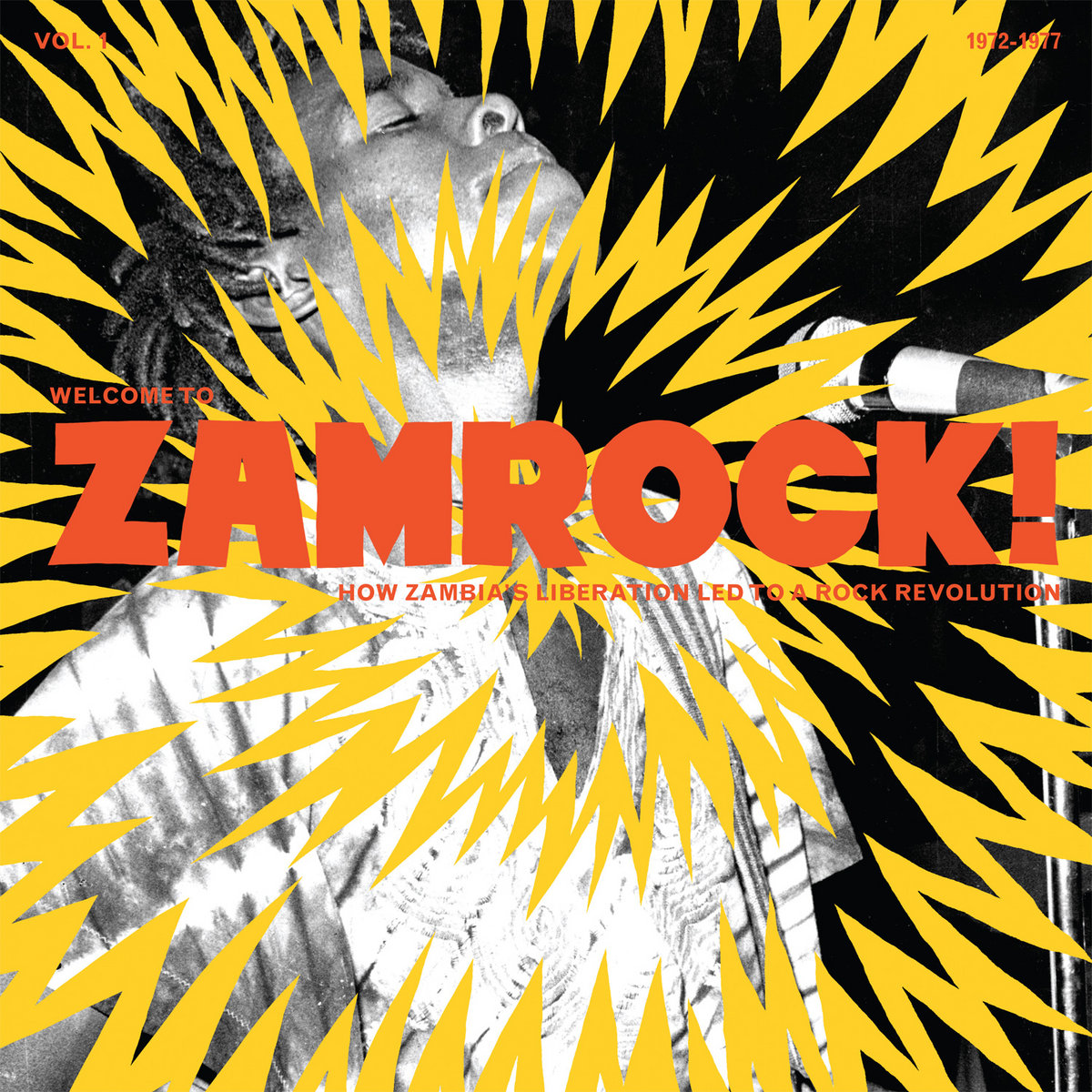 The Zamrock style captured the sentiments and messages of economic despair at the time, as well as the wider politics of Africa. It managed to lift people up with what The Guardian calls its “dangerously dance-inducing” rhythm, with elements of funk and psychedelic guitar. Zamrock is a huge part of the modern musical revolution and so specific to Zambia’s rich musical history. (Read more here >)

Zambian music is a complicated, fascinating, intricate web that tells a greater story of the incredible diversity of people in Zambia, a diversity living harmoniously together, with music playing its role in uniting, guiding and uplifting.

Just as it does all around the world… 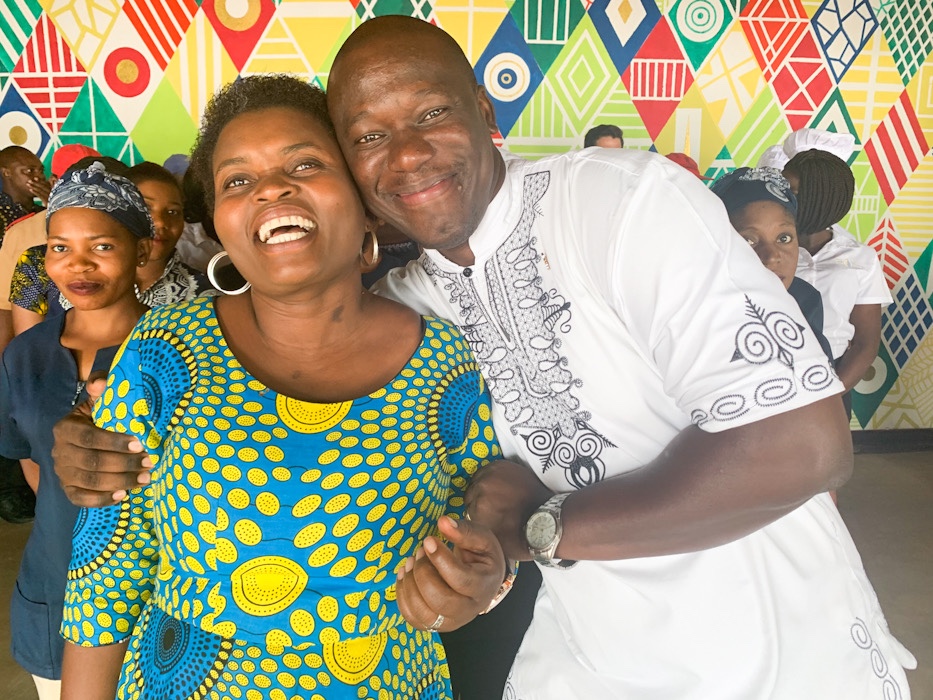 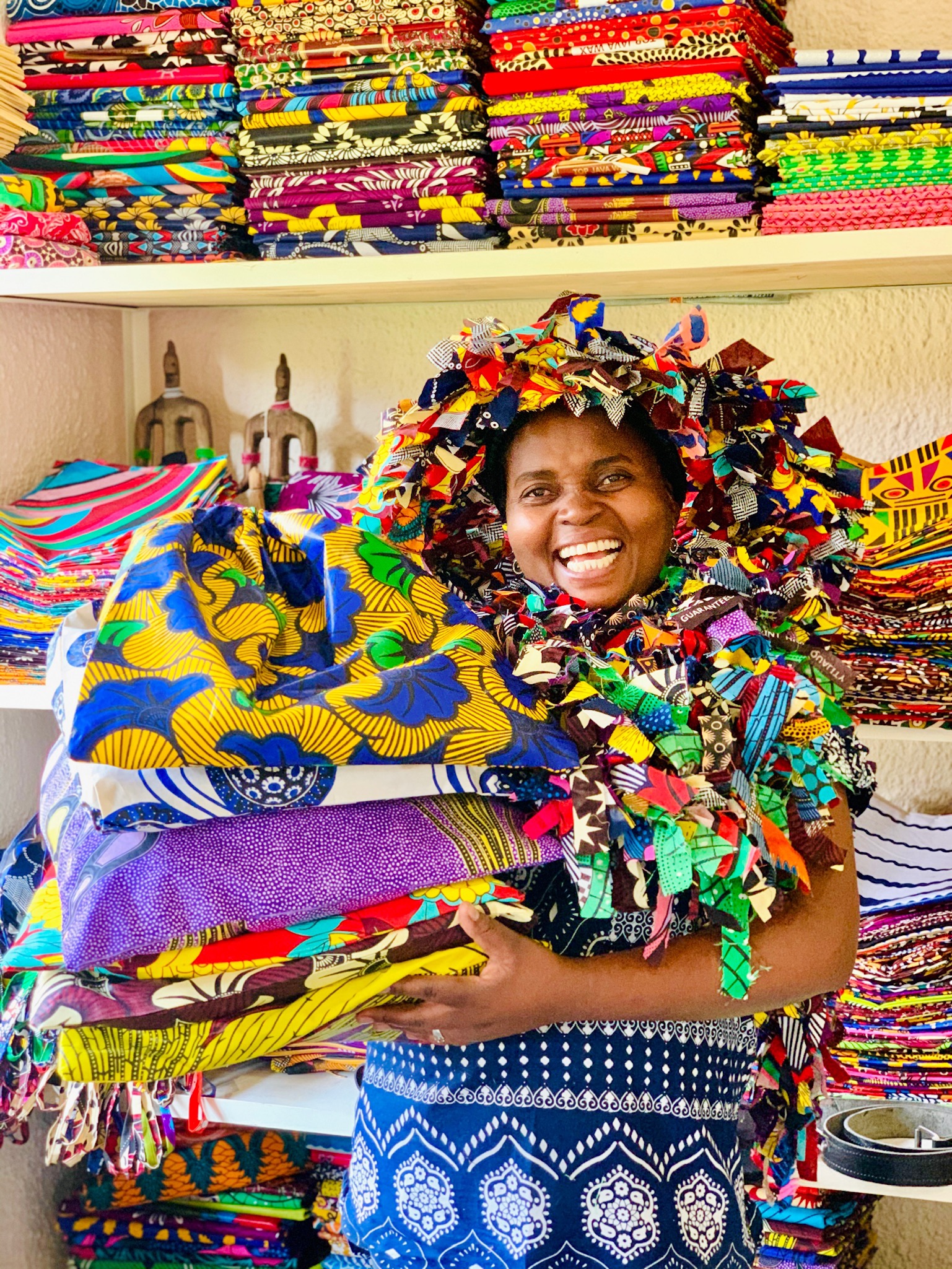