The Magic of Strange Chances – A Leopard on the Zambezi 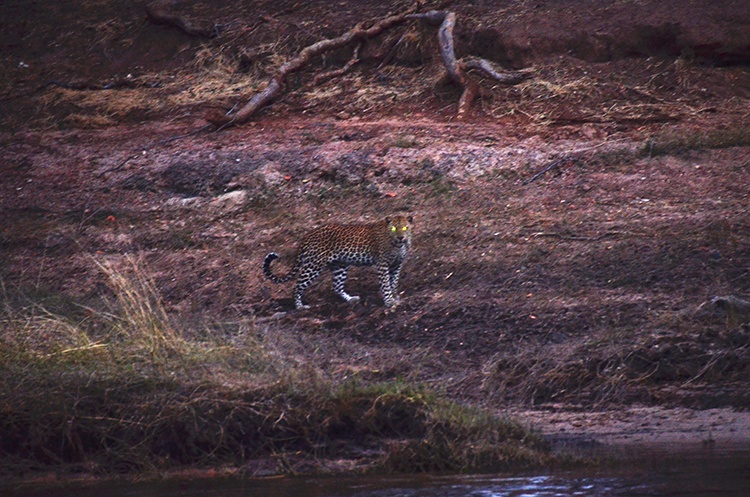 “Many are the strange chances of the world,” said Mithrandir in J.R.R. Tolkien’s The Silmarillion.

Strange chances… those unexpected moments that make the earth feel shaky underfoot, as your body and mind try to readjust to what lies before them. In wild spaces like the banks of our Zambezi you live with this feeling, the mix of uncertainty and excitement, but it becomes no less intense over time.

Last week our guests experienced the magic of strange chances on a river cruise when just before sunset something truly unexpected stared right at them from only metres away. 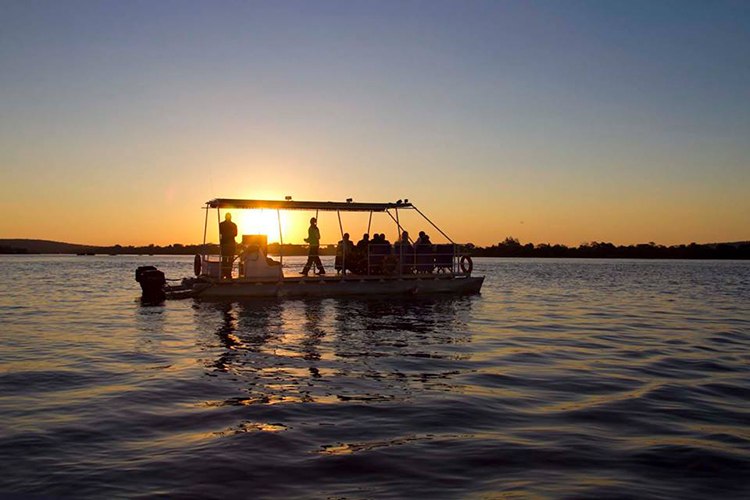 Leopards are not common sights along the Zambezi. The national parks on the other side of the river – the Zimbabwean side – are much needed refuges for leopards but due to their shy and nocturnal natures, the big cats aren’t often spotted. Leopards here are also not habituated to humans and so are much more skittish than usual – making a sighting of this kind all the more unexpected – and special.

Our guests were quick enough with their shutters to capture our leopard before it continued on its way, into the night… While not the clearest images, we are so excited to be able to share this moment with you below. Thank you to our guests and Royal Chundu guides, Vasco and Moses without whose incredible eyes we’d never have spotted the big cat. 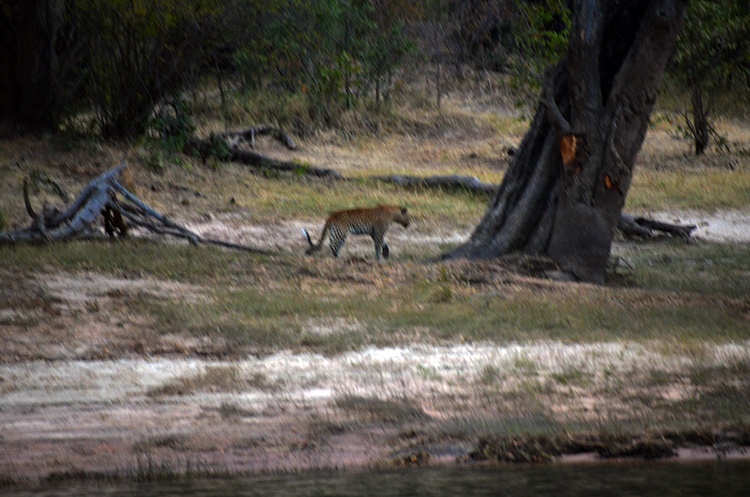 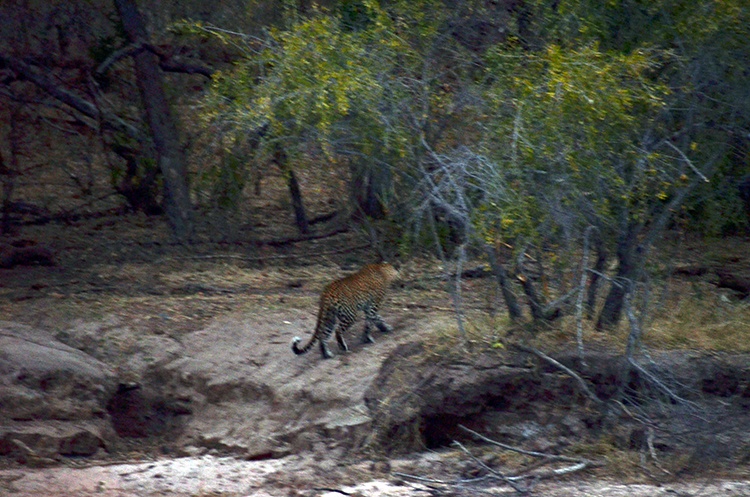 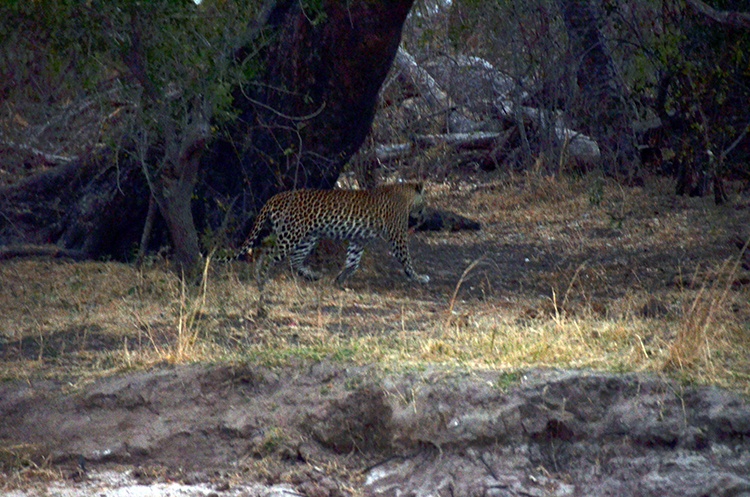 Because of their elusive natures, leopards make it difficult for researchers to calculate their population sizes. This aside though, they are currently considered “near threatened” as per the IUCN (the World Conservation Union)’s “Red List”. The causes? Loss of leopard habitat, competition with other predators like lions, and trophy hunting. 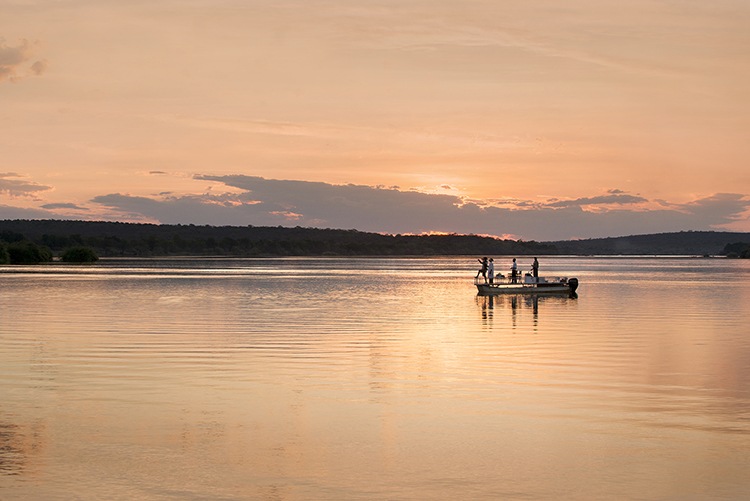 Meet the other animals of the Zambezi to look out for on a river safari at Royal Chundu in our blog, The Secret Life of the Zambezi Elephant and The Animals You’ll Meet on the Zambezi.

Before or after your time at Royal Chundu, consider going in search of the big cats at one of our nearby national parks or other destination listed in our tours.