For The Explorer Victoria Falls

“Beyond the edge of the world there’s a space where emptiness and substance neatly overlap, where past and future form a continuous, endless loop. And, hovering about, there are signs no one has ever read, chords no one has ever heard.” ― Haruki Murakami, Kafka on the Shore

I had to see what lay at the edge of the Victoria Falls, from the view of the Angel. I had visited with the Devil before, taken up his challenge and swum to the outer limits. I had felt fear, but more importantly a deep desire to trust. To believe the guides when they told me that I would be ok. The water would not take me with it as it cascaded over the edge, into the fiery gorge below.

This time the same desire arose, as my guide’s hand led me along a plank (*pushes pirate ship references out of mind*) along the rocks of this shallow section of the Zambezi River, on Livingstone Island, into what is known as Angel’s Pool, a few metres from Devil’s Pool, along the same cliff face.

Trust is all you can focus on when you’re tip-toeing on the edge of the world’s largest waterfall, while you shimmy as close as possible to the verge to glimpse the rainbow painted across the white spray below. Trust in the slippery, submerged lip of rock that keeps you from tumbling over. Trust in the blue rope that hangs nearby, just in case you need to grab onto it. Trust in the guides, your fellow swimmers and yourself. Trust in the river.

Some people say that the Angel is more dangerous than the Devil, or at least scarier. I happen to agree, but perhaps that has more to do with the individual on that day. When I dived into Devil’s Pool the year before, I had friends by my side; I felt fear drop away much sooner than it did at Angel’s Pool, where I visited last month with people I didn’t know: a Brit, a Bloemfonteinian and a Canadian.

There’s a lesson in that. Braving something like the precipice of Victoria Falls will do that to you – make you search for lessons, reasons for why you undertook such a harrowing feat.

It’s easy to be brave in the security of the familiar, but true courage perhaps arises not only in unfamiliar terrain but in the presence of unfamiliar people, when there is no reassurance, no support.

Above: Our guide at Angel’s Pool, and below, Vasco, our guide from Royal Chundu

A Guide To Swimming With Angels

Safety First – Only go with qualified operators that run tours to Livingstone Island, on the Zambian side of the river, and the Devil’s or Angel’s Pool.

The tour begins and ends at the Royal Livingstone Hotel – the access point to the island. Trained guides will escort you to Livingstone Island by boat and then take you on a tour that includes a swim in either Devil’s or Angel’s Pool, if you wish, under their close supervision and only if water levels allow. The tours end with breakfast on the island and a boat trip back to the hotel.

When to go – When I visited in mid-February this year, after the new rains, the water levels were too high for us to swim in Devil’s Pool – Angel’s Pool was the alternative for this time of year, with the lip of the rock keeping us safe as the river continued along its path. And an incredible alternative it is…

Below: the difference between November and February – November being the dry season when the Devil’s Pool is usually open, versus a wetter February…

Chat to us if you’re interested in organising a day trip to the pools during your stay at Royal Chundu. 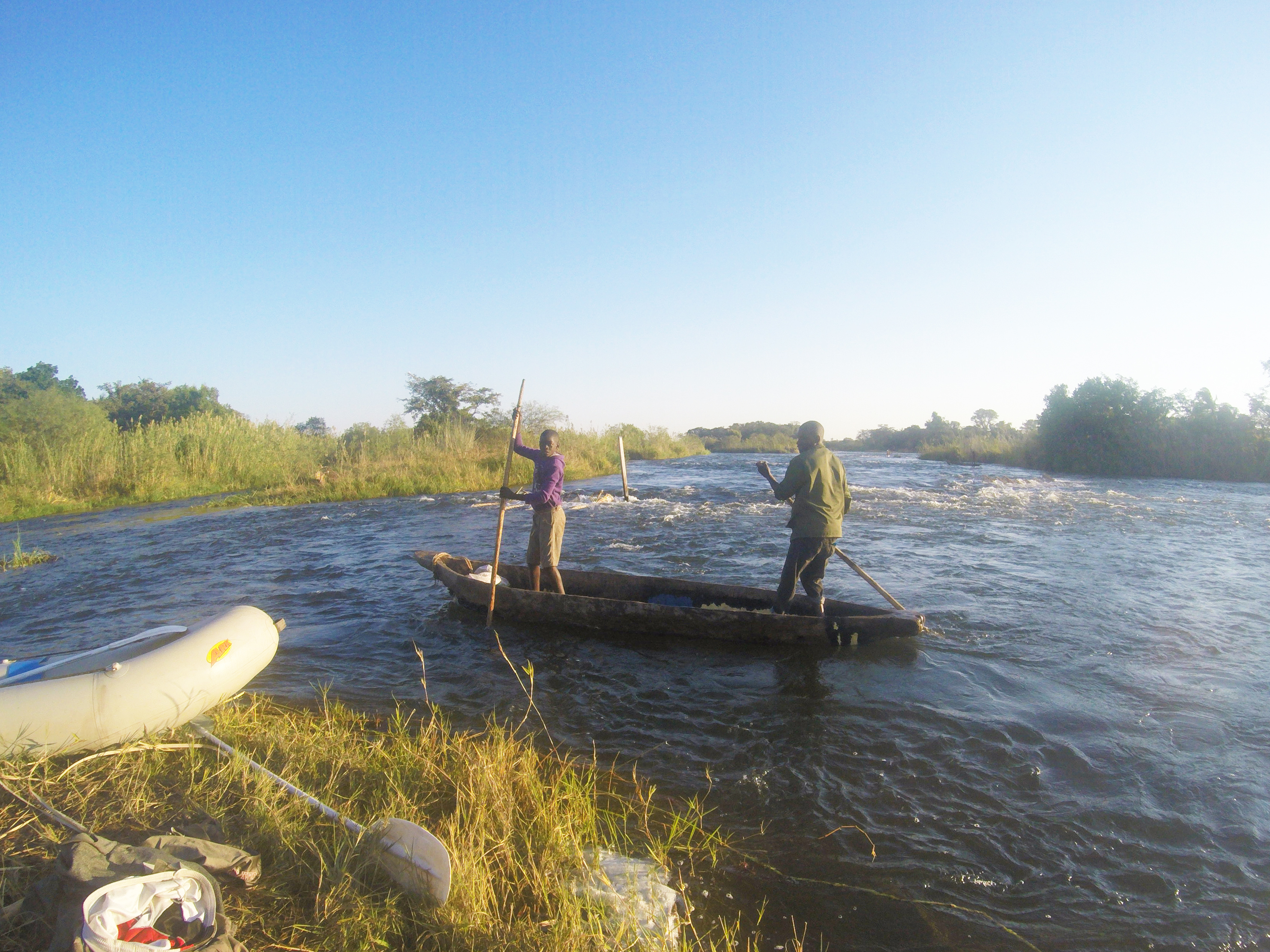 A GoPro, A River & One Fine Adventure

The Heavenliness of the Devil’s Pool