The Faces of Royal Chundu

It’s Never Too Late To Learn Something New

“You don’t make a photograph just with a camera. You bring to the act of photography all the pictures you have seen, the books you have read, the music you have heard, the people you have loved.”

I had heard about Charlton long before I met him. I had seen the photographs of him, Royal Chundu’s handyman, out in the field, photographing the faces of the Zambezi.

I knew the story behind it all. A guest staying at Royal Chundu, a man working at Canon Inc., had noticed Charlton’s enthusiasm for photography and organised Canon sponsorship for him, donating a camera and on-site training to the budding Ansel Adams.

Charlton, who grew up in the city of Livingstone, Zambia, has been working as a handyman at Royal Chundu since the lodge opened. It is his home.

When I finally met him, I was a little taken aback. The thing about photography is that it is like a growing child. It needs constant attention and food, and quickly outgrows its clothes and toys.

We met up for a morning stroll through the village around Royal Chundu, stopping at the school, clinic and lodge veggie garden, to shoot and share tips and ideas. I arrived with my Canon DSLR and expected him to too, but was humbled by what I found – a point-and-shoot that had seen better days and an owner with more passion than a compact camera could handle.

We decided that it was time for bigger fish and spent the morning mastering the ins and outs of the single-lens reflex, a skill I learnt in a similar manner, under the guidance of other photographers. But our lesson didn’t end there. Most of photography is what happens in the moment between subject, artist and lens, but the afterlife of the shot is as rich. The photo editing tricks I took for granted Charlton still had to learn.

Mother of Royal Chundu, Tina Aponte recognised his passion a few years ago and donated a laptop to his cause. But time had passed and like us all, our cameraman needed a refresher course or two. Starting with how to turn the laptop on.

After a day of lessons on our couch beside the Zambezi, Charlton had conquered the craft – cropping, contrast, black and white, saturation, straightening, email…

“It’s official now,” I told him. “You are Royal Chundu’s Photographer. But you’ll need the right tool. I have a camera at home that I need to pass on. It’s yours if you like.”

We shook hands and I told him what someone once told me: “Photography is an art that must be passed on, not held onto. It goes beyond the aesthetic. It teaches a new way of seeing and it gives hope to he who knows how to see.”

In that case, he told me, he’d better pass his compact camera on to his eldest son. Pass the stick; pay it forward.

A lesson in the Rule of Thirds

Practicing our black and white editing

Every photographer needs eager subjects to practice on

The Royal Chundu Photographer snapping away at our staff party 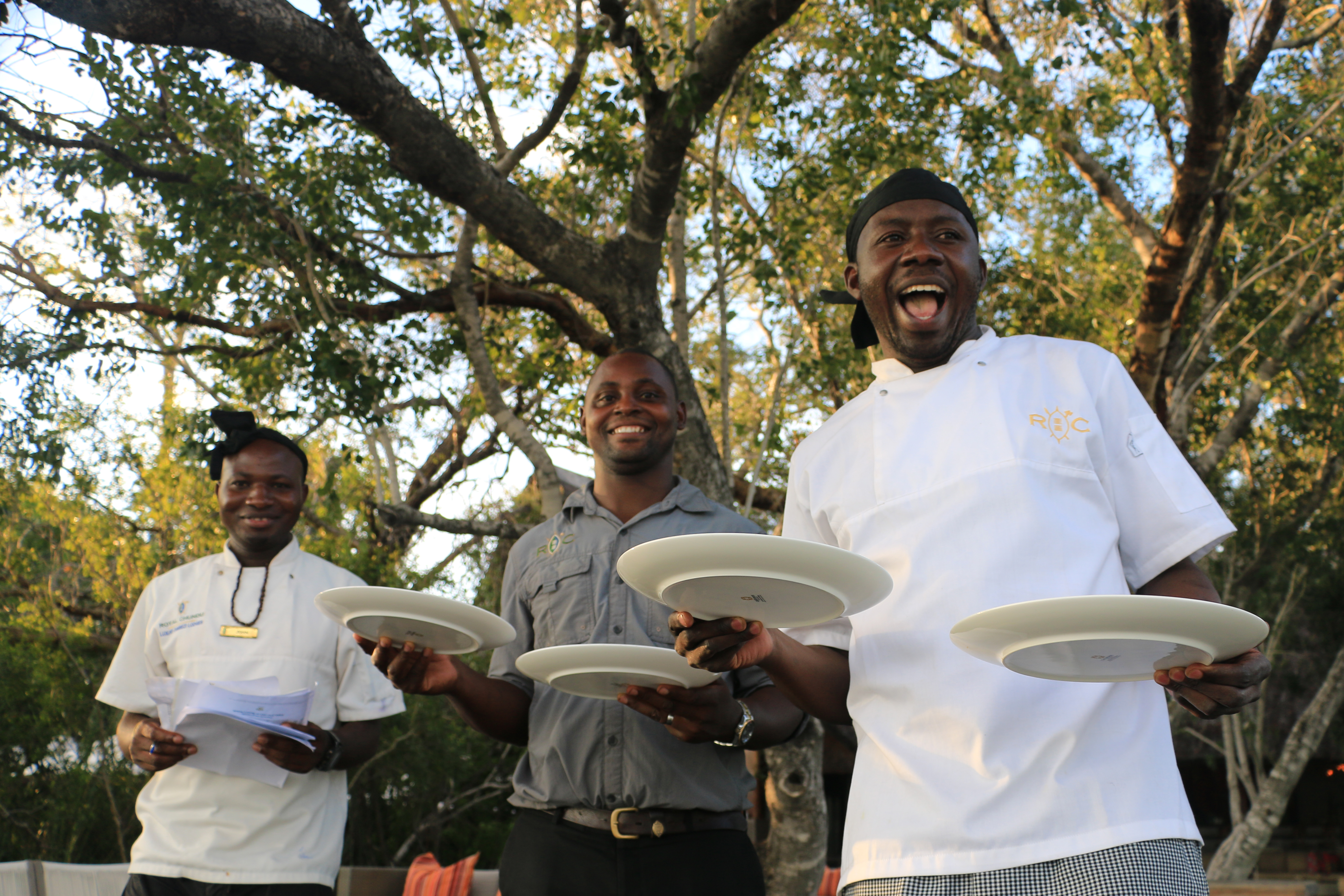 A Mother’s Guide To Living